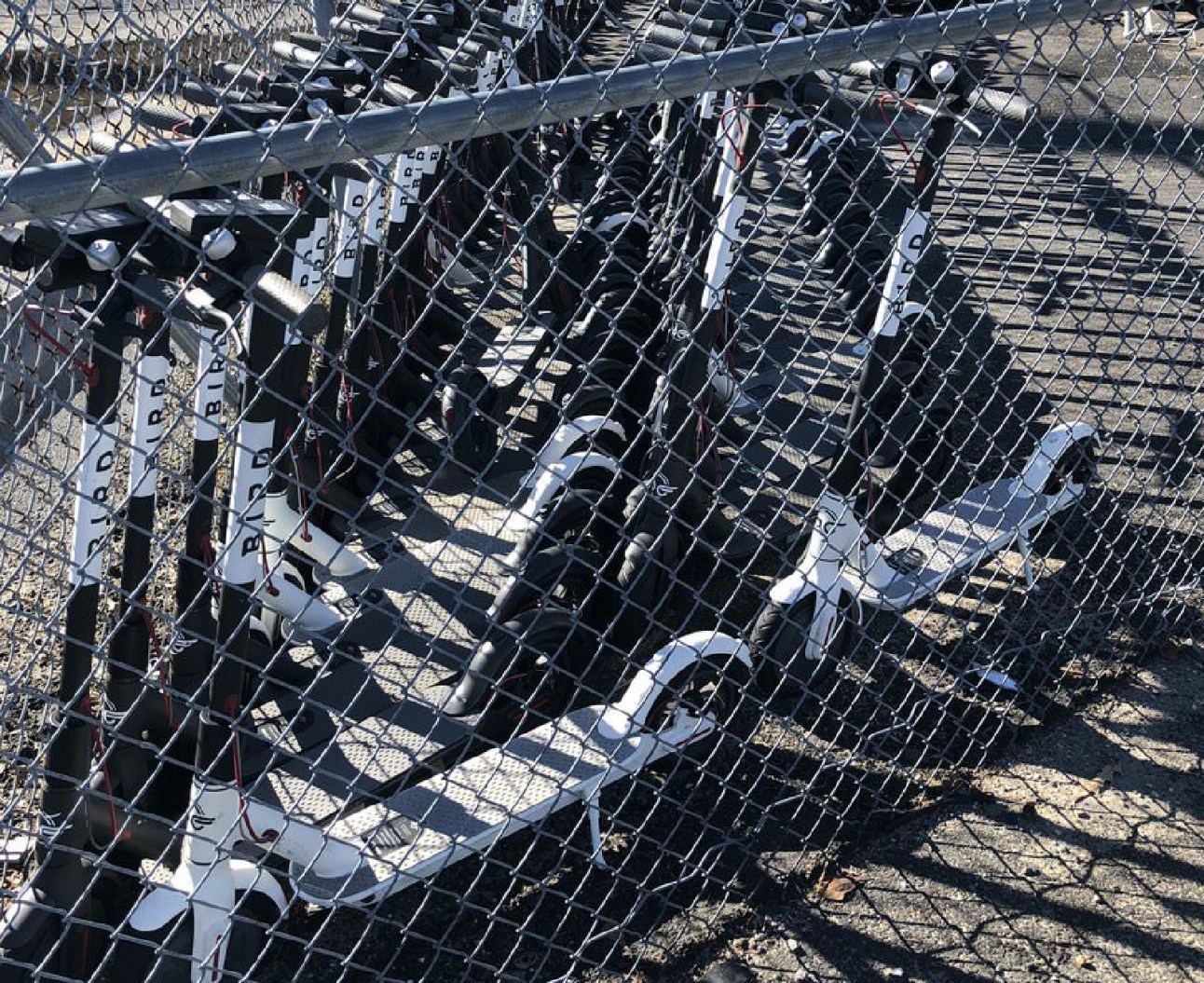 E-scooter companies like Bird and Lime have sued Scootscoop -- a self-financed startup that tickets and impounds e-scooters that have been abandoned on private property -- claiming that the repo men are violating the same traffic laws that the same companies also say don't apply to scooters, a belief that is their basis for filling the sidewalks, streets, lawns and alleys of every city with e-waste that blocks wheelchairs, strollers and pedestrians.

Scootscoop is a San Diego company founded by repo man John Heinkel and his partner Dan Borelli (a bike-store owner who views scooters as an attempt to muscle out bicycling), who self-financed the firm and now do a brisk business impounding more thank 10,000 abandoned scooters. They don't advertise, relying entirely on word-of-mouth.

The thing is that the scooter companies are losing hundreds of millions of dollars and have no conceivable path to profitability, and are hoping for a miracle (like some company in China deciding to make a scooter that is simultaneously much cheaper and longer-lasting) to save them before their investors stop throwing even more millions at them.

Anything that accelerates the pace at which they are hemorrhaging money drastically increases the likelihood that they'll bleed out altogether before their Smurfs Family Christmas miracle arrives.

Bird -- who previously made a laughably baseless legal threat intended to prevent me from reporting on cheap kits that will let you convert impounded scooters into your own personal vehicle -- claims that the act of taking scooters abandoned on private property ("unlawfully impounding micro-mobility devices") and demanding an impound fee to return them is a "demanding a ransom." Scootscoop charges scooter companies a $30 tow fee and $2/day in impound charges.

It's hard not to feel bad for the juicers, who are in precarious work provided by a shitty, overcapitalized bezzle. Perhaps someone should organize juicers into an impoundment co-op, and they could just seize scooters and send invoices to their former employers.

Not far away, a restaurant owner in Mission Beach tells me that she hired ScootScoop after riders started leaving scooters in front of a wheelchair lift that she built for her disabled customers, blocking access. And a federal lawsuit that a disability rights group filed against Bird, Lime, Razor, and the City of San Diego in January says that scooters are being left in front of wheelchair ramps, curbs, and crosswalks. The plaintiffs in the lawsuit say the scooters are a menace.

“I’ve almost been knocked over several times,” Alex Montoya, a San Diego-based motivational speaker who wears three prosthetic limbs, tells me. Montoya is the lead plaintiff in the disability lawsuit. “We’re not trying to eliminate the scooters. We’re trying to make sure people ride them responsibly.”

They said you could leave electric scooters anywhere — then the repo men struck back [Amy Martyn/The Verge] (Image: Hackaday)