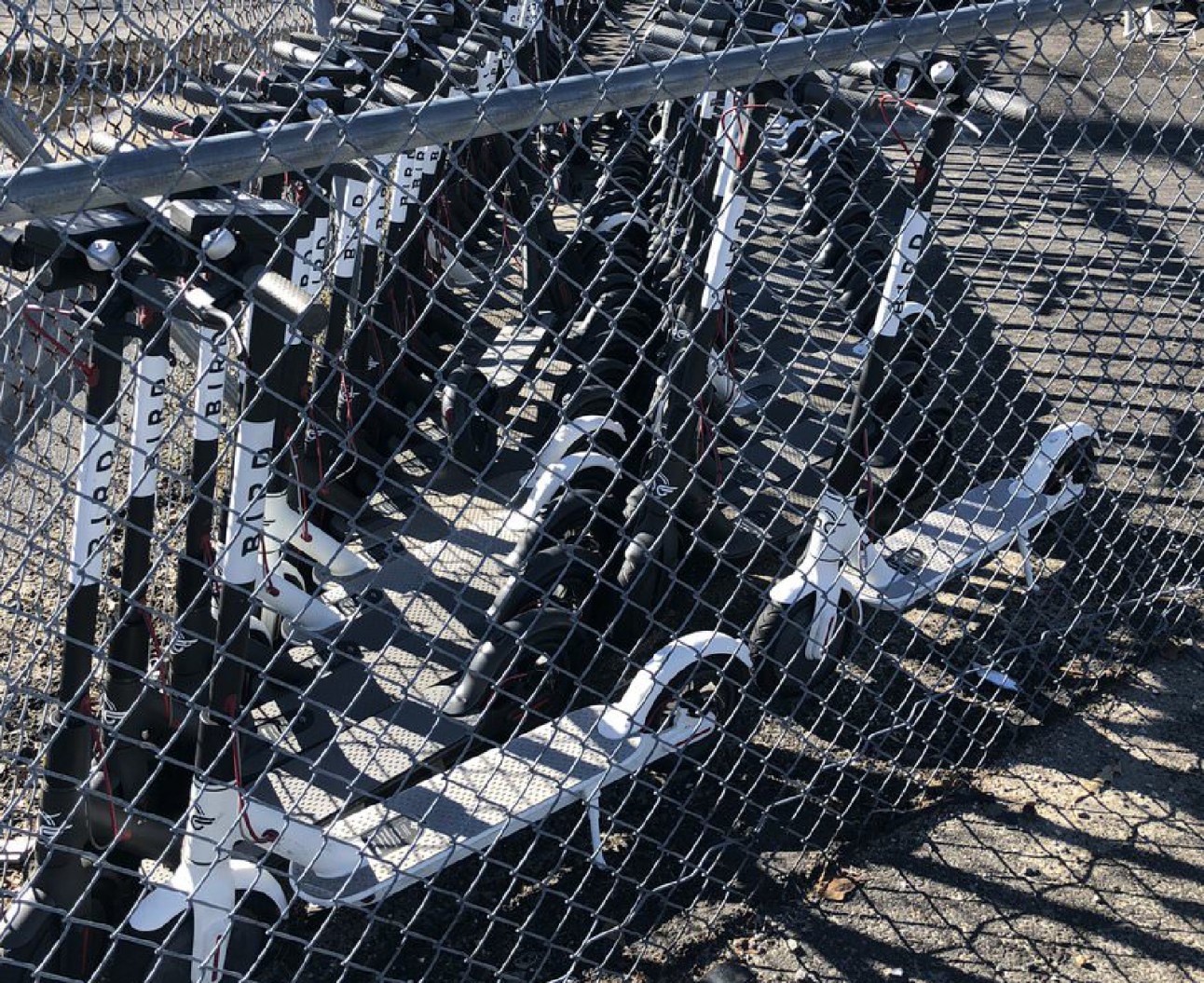 According to a report in The Information, Bird lost $100m in the first quarter of 2019 (the company denies this); and is now seeking an additional $300m in investment capital. (Xeni wrote about this on Thursday)

Bird's business model (such as it is) involves flooding cities with unlicensed, illegal, dangerous (really dangerous) electric scooters that block sidewalks and impede wheelchairs, strollers and pedestrian traffic. The scooters themselves are so flimsy that they are prone of wearing out before Bird can break even on their purchase price, which is why Bird does not pay to recover its impounded scooters from city property. Unfortunately for Bird, this means that people who want a cheap scooter can buy one for pennies on the dollar at a city auction and then cheaply swap in their own control unit (this fact is so distressing to Bird that they threatened to sue me in a failed attempt to censor my reporting on it).

There is no way this can ever be profitable, not even by paying starvation wages to the gig-economy workers who drive around and around, humping scooters back to their charging stations.

Bird has already raised $718,000,000 from investors. If The Information's report is true, the company has burned through most of that, which means that the auctioneers might soon be able to give you a stellar deal on a Xiaomi Mi Electric Scooter.

The Information also reported that Bird lost $100 million in the first quarter of 2019, with its revenue shrinking to $15 million during the same time period. That's left the company with about $100 million in cash despite the recent capital raises, according to the report.

A Bird spokesperson declined to comment, but said the $100 million loss, as reported by the Information, is incorrect. The company declined to share any additional financials concerning its burn rate.