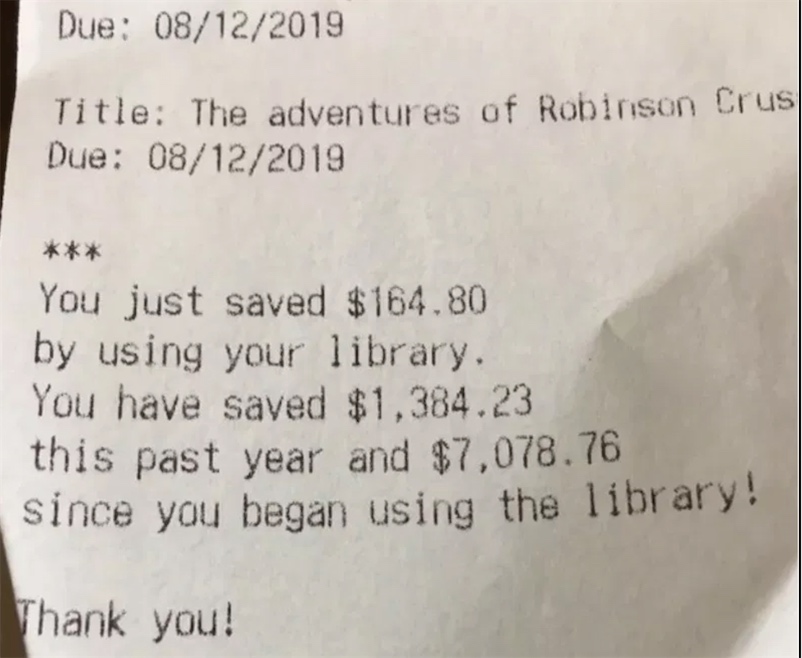 Reddit user penguinska9 posted that their library "keeps track of how much you save by not buying books and borrowing instead" and shows the dollar amount on the receipt when you check out a book. Genius! I don't know how common this practice is but the following is from a Wichita Public Library posting from last year:

“While libraries offer tremendous benefits to their communities, sometimes the benefits are more abstract or require long term studies to show the value of their programs,” said Jennifer Lane, communication manager, Wichita Public Library. “Including this information is a way to easily quantify one of the ways the Library is a value to its users...."

books / libraries / so many books so little time