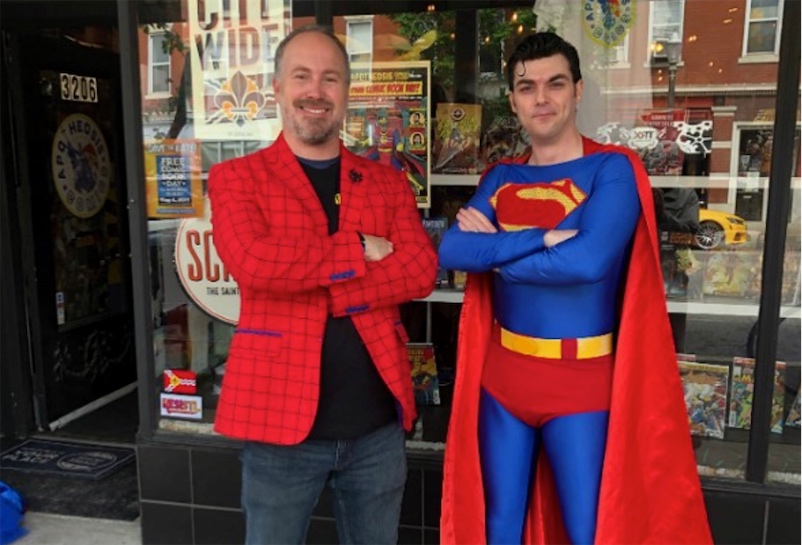 In Saint Louis, thieves broke into Martin Casas's storage locker and snatched his comic book collection. Then they took the comics to a local comic shop to sell them. Thing is, Casas owns the shop. From the Riverfront Times:

...A Chesterfield woman called within days of the storage locker burglary and asked if Apotheosis might want to buy a box of her comics. Encouraged by a store employee, she dropped off the box on Friday for review and left her name and phone number. Casas arrived shortly after she left to see what she had brought. As soon as he saw the box, he knew.

He had written "Cap" on the side, designating it as a box of Captain America comics. Inside, he searched for one particular comic, the third installment of the Captain America Truth series. He had gotten it years ago and knew his copy had a small red mark on the corner.

He called the cops first, and then the woman. She apparently had no idea she was trying to sell the comics back to their rightful owner, so Casas played dumb.

"This is a great collection," he told her on the phone. "You've got at least a couple hundred dollars in comics there."

He arranged a meeting for 10 a.m. the next morning, Friday. But before he hung up, he asked if she might have any more, as he was interested in buying whatever he could for the shop. In fact, she said, she had recently come into a lot of comics.

"Me and my boyfriend, we do storage units," she said, according to Casas.

Casas made an appointment with the woman to cut a deal. When she showed up, police were waiting. They arrested her and her boyfriend who was waiting outside. Apparently the couple later revealed where to find the rest of the collection.