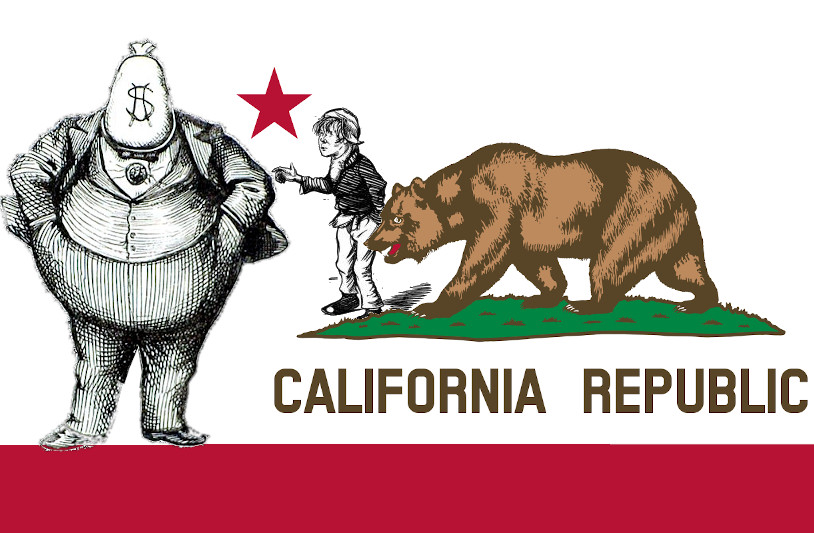 In 1978, anti-taxation extremists managed to get a California ballot measure, Proposition 13, passed, and with it, they managed to effectively end the ability of cities to provide services to their residents, by capping property tax at 1% of their cash values, and limiting property tax increases to the lower of the annual inflation or 2%.

Over the decades that followed, California's cities have been slowly starving, as their ability to fund everyday operations has been whittled away by inflation. Cities were left with stark choices: shutting down libraries and schools, limiting road maintenance and spending on public assistance; instituting regressive sales taxes that punished poor people and created a drag on their local economies; or cheating by raising water and power prices and funneling the excess to general operations.

The 2020 election will include a ballot measure to repeal Prop 13, and it will likely be the most expensive ballot-measure campaign in American history, outstripping even the massive dark-money spending in 2018 to defeat Prop 10, which would have limited rent increases.

Prop 13 was supposed to protect Californians from losing their homes to high taxes, but instead they've made Californians dependent on reverse-mortgages and other debt instruments that endanger their family homes so they can buy the vital services from the private sector because the public sector can't afford to supply them anymore. Prop 13 has also produced a completely unfair and arbitrary system of property taxes that produces wildly different rates of taxation on similar houses on similar streets, depending on when the houses were built and/or last sold.

Under the reform proposal, private homes will remain locked into Prop 13 taxation, but commercial real-estate will be treated the same way it is everywhere else in the USA. This "split roll" system means that the (overhyped) risk to private homeowners of being taxed out of their homes will be taken off the table, but it also means that the Chamber of Commerce and other groups devoted to reducing taxes at any cost will be doubly opposed to reforms.

While this will mostly be a classic left-right, business–versus–unions and governments battle, California’s progressive tilt doesn’t guarantee victory for split-roll. As noted above, corporate types will offer a slippery-slope claim that once the taxman has feasted on commercial property taxes, homeowners will inevitably be next. And there are some affordable-housing advocates who fear split-roll will perversely incentivize commercial real-estate development by making it a larger revenue generator for local governments.

Preliminary polling shows split-roll commanding a sparse majority of popular support. But by the time this expensive slugfest comes to a close, anything could happen.