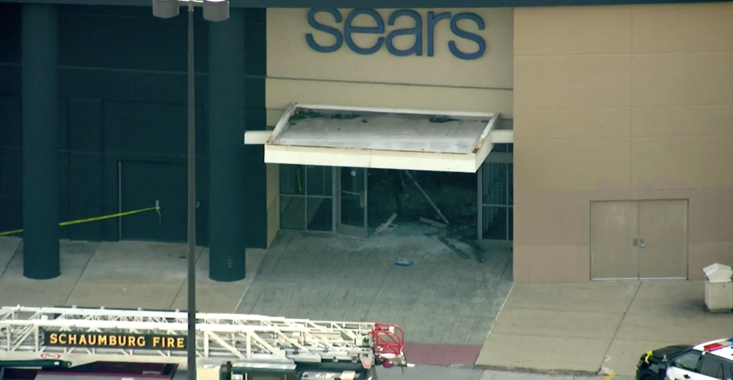 A driver plowed through the Sears entrance of the Woodfield Mall in Schaumburg, Illinois this afternoon. The driver then continued on through the mall, destroying several kiosks and damaging storefronts before stopping.

Police have taken the driver into custody and so far, no injuries have been reported.

Twitter user @nipsfalloff posted this video from inside the mall:

Sweet home, Chicago! Chicago Defender: The men and women, some ex-felons, have turned to Tio “Mr. Ceasefire” Hardiman, executive director of Violence Interrupters, to assist them in their quest to secure permits, just like food vendors, to distribute and sell marijuana legally in their neighborhoods. For those who have felonies from illegal drug sales, they […]

Dave Riley, bassist for the influential 1980s Chicago noise-punk band Big Black, has died. He was 59. According to his partner Rachel Brown, he had throat cancer. What a fucking great player, he was. And what a fucking great band. From Rolling Stone: “Dave was a fantastic musician and a critical part of the Chicago […]