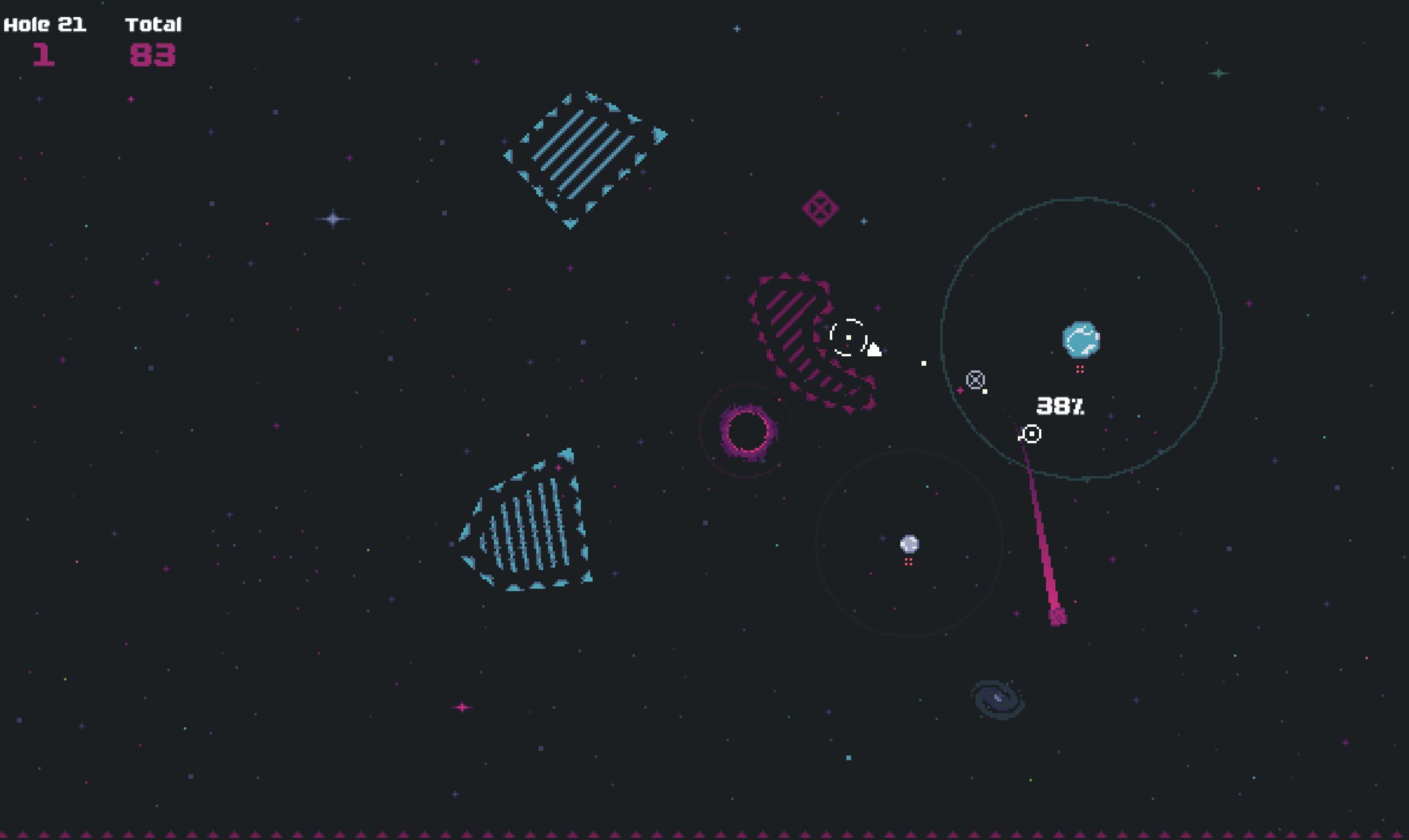 Void Golf is a free browser game by Cactusmancer. You fire rocks into black holes on a 2D starfield—think Asteroids meets Desert Golf— contending with (and exploiting) the gravitational attraction of celestial bodies in the way. It's simple, habitforming fun, imparted a relaxing vibe by its muted pixel art, spacey music and careful attention to detail. There's even a custom font by Eeve Somepx.

The billiard-ball physics are the point, and it offers an abundance of the merciless satisfaction that such games offer. Pocketing a tough one after a dozen hapless attempts is incredibly rewarding. That said, it's always too hard to precisely power shots and sometimes too easy to avoid the "puzzle" of each level. It doesn't save your progress, either, so familiarity comes quickly.