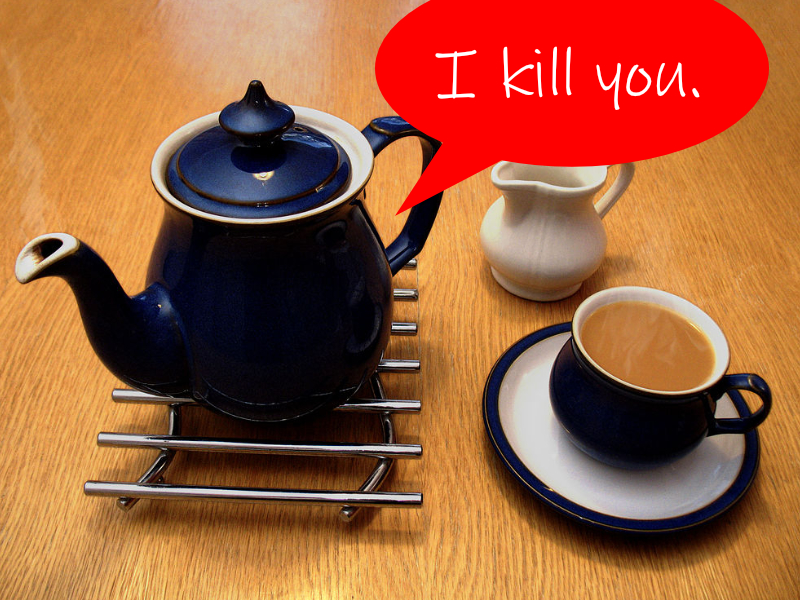 Good news everyone! All of those products made using microplastics that you invested in will hang around even after you get rid of them: that's good value. Currently, they can be found fouling up the guts of any number of sensitive species, littering the deepest depths of the ocean, making it possible to enjoy your microplastics almost anywhere you roam. Now, scientists from McGill University in Montreal have discovered an amazing new vector for getting the particular plastics you paid for into your body, where they belong: tea.

Plastic tea bags are shedding billions of shards of microplastics into their water, according to a new study.

[Scientists] found that a single bag releases around 11.6 billion microplastic particles, and 3.1 billion even smaller nanoplastic particles, into the cup -- thousands of times higher than the amount of plastic previously found in other food and drink.

The health effects of drinking these particles are unknown, according to the researchers, who called for further study into the area.

I mean, we're already, on average, devouring five grams of plastic every week, so what's the big deal? A little more won't hurt ya.