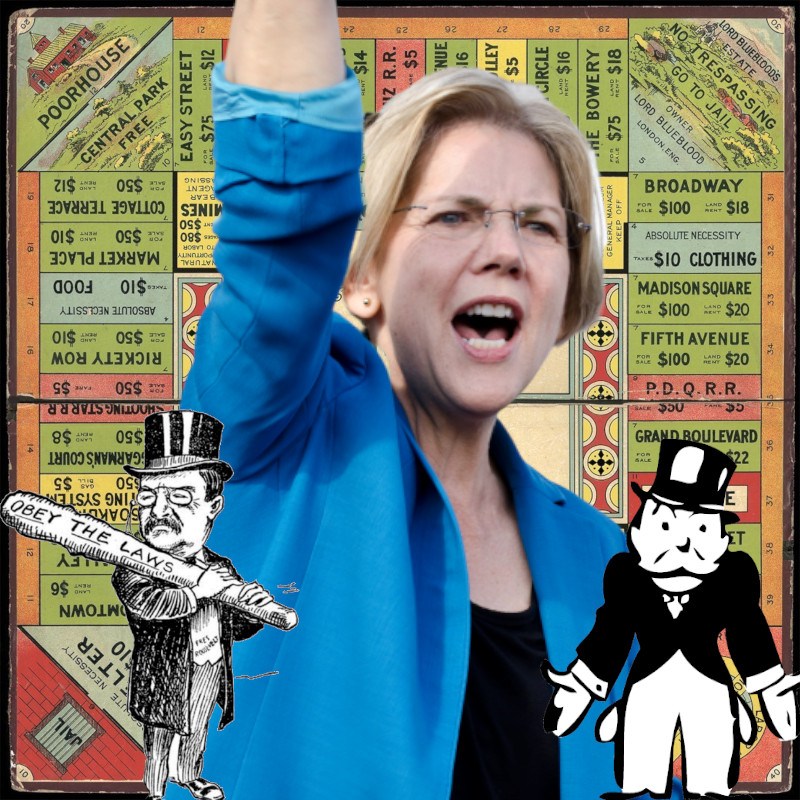 In July, Facebook founder Mark Zuckerberg held two hour-long internal employee meetings to discuss the business's future; The Verge obtained the recordings of those meetings, which reveal, among other things, that Zuckerberg dreads the possible election of Elizabeth Warren (Warren has pledged to break up Facebook and its Big Tech competitors if she becomes President in 2020).

Zuckerberg explains that he really only wants what's best for America, explaining that his vast monopoly profits allow him to invest in countermeasures to fight disinformation campaigns, and suggesting that if Facebook had to compete and therefore lower its margins, he would not be able to do be as effective.

Zuckerberg also explicitly stated that he would not testify before most governments (he already snubbed the British Parliament on this score). He dismisses the plight of Facebook's downtrodden and traumatized content moderators as "overdramatic" and announces that he's planning to launch a product to compete with Tiktok called "Lasso," launching it first in poorer countries where Tiktok has not yet penetrated. He also downplays the difficulties with launching Libra, Facebook's cryptocurrency venture.

When it comes to Facebook employees whose friends give them shit about working for a terrible, cancerous monopolist, Zuck tells them to remind their pals that Facebook "has their best interests at heart."

What can we do to help improve Facebook’s self-image to our peers and friends that might have a negative opinion of the company? MZ: Well, look, I think humanizing stuff is always really important. So I’ve always focused more on the substance and trying to deliver things, and a little bit less on the perception. And I think we don’t have that luxury anymore. You know, for the first 10 years of the company or so, we got more glowing press than I think any company deserves. And it wasn’t just Facebook; it was the whole tech industry. And then I think a lot changed in the last few years, and especially since the 2016 elections. And people are just more aware of a lot of these issues, and the pendulum in terms of perception is swinging, or has swung, towards focusing more on issues.

But I think some of the most devastating critique is not around substance in terms of what the companies do. it’s around a motive. So either we don’t care because we just care about making money because we’re a business. Or we don’t care about certain issues because we’re biased to not care about them. And I think it’s tough to break down these perceptions and build trust until you get to a place where people know that you have their best interests at heart. So that’s one thing that you all will be well-suited to do as ambassadors, if you choose to be, having spent time here, as I think you know the heart of this place at this point. And you don’t know every single technical project, but you have a sense of what we care about and what people here think about and what the conversations are on a day-to-day basis. And in the conversations that I have, even with some of our biggest critics, I just find that sitting down and talking to people and having them know that you care about the problems and acknowledge that there are issues and that you’re working through them ... I think it just makes a big difference.