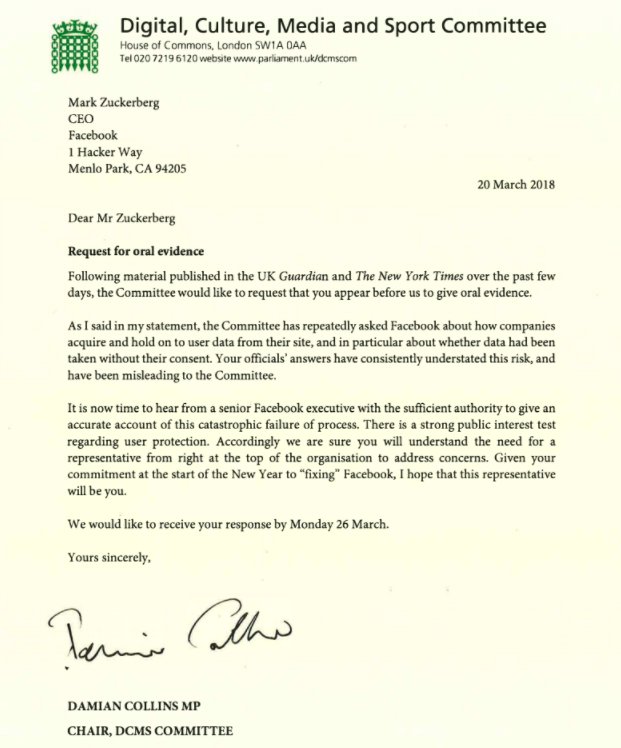 Seemingly in hiding these last few days, Mark Zuckerberg's plans are anyone's guess. But a committee chairman in the UK's House of Commons would like a word. He doesn't have to go, obviously, but just for reference, Rupert Murdoch did. [via]

British MPs have issued a formal request to Mark Zuckerberg to appear in front of a parliamentary committee and explain Facebook’s handling of the Cambridge Analytica data use scandal. The Conservative MP said the committee had “repeatedly asked Facebook about how companies acquire and hold on to user data from their site”, with a particular emphasis on whether data had ever been taken without users’ consent. “Your officials’ answers have consistently understated this risk and have been misleading to the Committee”, he added.

To Zuckerberg, you were and are and always will be dumb fucks.