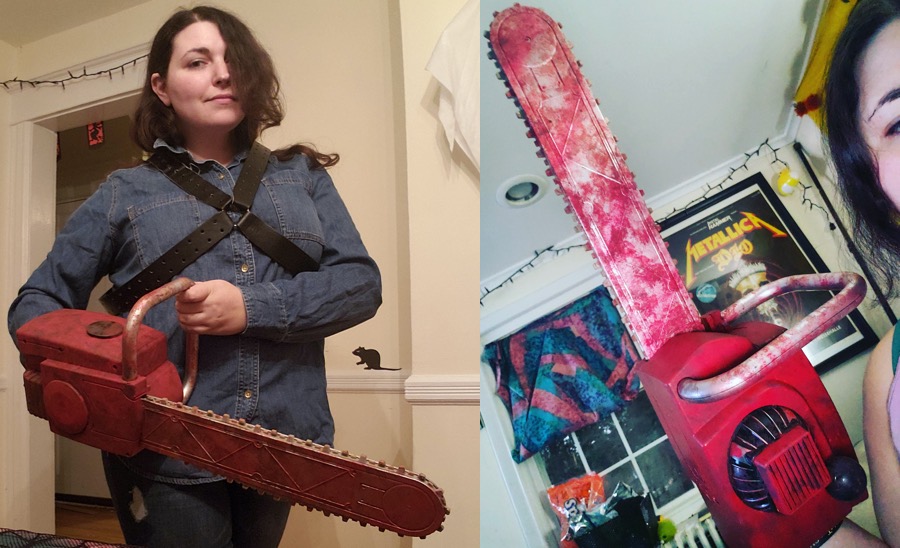 All hail the queen of Halloween. You gotta watch the video, the chainsaw arm makes a scary sound and everything.

“Made myself a chainsaw arm for my halloween costume. It makes chainsaw noises and everything.”

[IMGUR Gallery one, two, and three.]

Volume up, you’ll want to hear the cackle of victory.