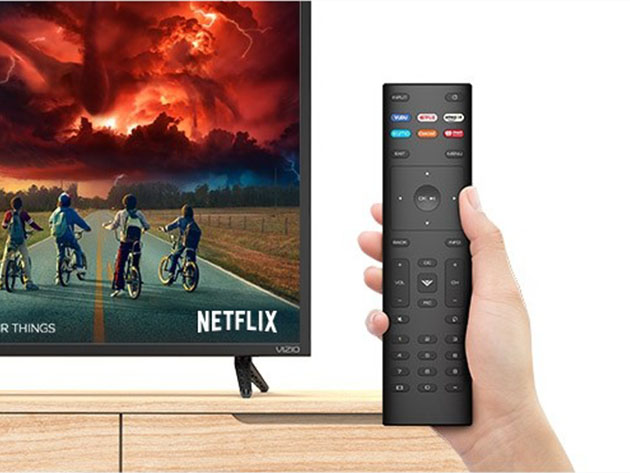 Get ready for the stream of your dreams, binge-watchers. There's a contest afoot, and at stake is a lifetime subscription to Netflix.

All you have to do is sign up, and you're entered to win this ultimate Netflix plan. When does it expire? Only when you do.

And hey, just in case you need something to watch all that TV on, here are some of the best deals currently going on smart TVs. It's hard to beat "free," but you can still take hundreds off of these home theater units.

The active LED zones on this 60" TV automatically adjust to backlighting to provide the best possible picture, and in UltraHD, that's plenty impressive. You can also stream content from your handheld devices or use them as remotes thanks to the SmartCast app. Take 20% off the MSRP on the E-Series today.

One of Consumer Reports' best TVs of 2018 comes with an α7 intelligent processor and LG ThinQ® AI, both of which combine to maximize every pixel of its 4K resolution. Add Dolby Atmos® and you're talking about cinema-quality movie night, every night. The B8 Series has dropped from the previous sale price of $1553.99 to more than half off of the original cost.

This home theater screen has plenty of bells and whistles, from Google and Amazon voice assistant compatibility to 10 dimming zones that adjust the backlighting dynamically to match the action onscreen. Get yours for 8% off the retail price today.

Whatever your preferred streaming service, the D-Series makes it easy. Regular HD content gets upscaled to full UHDon this 50" screen, while multi-screen viewing lets you watch two apps at once. The VIZIO D-Series is now on sale for a 14% discount.