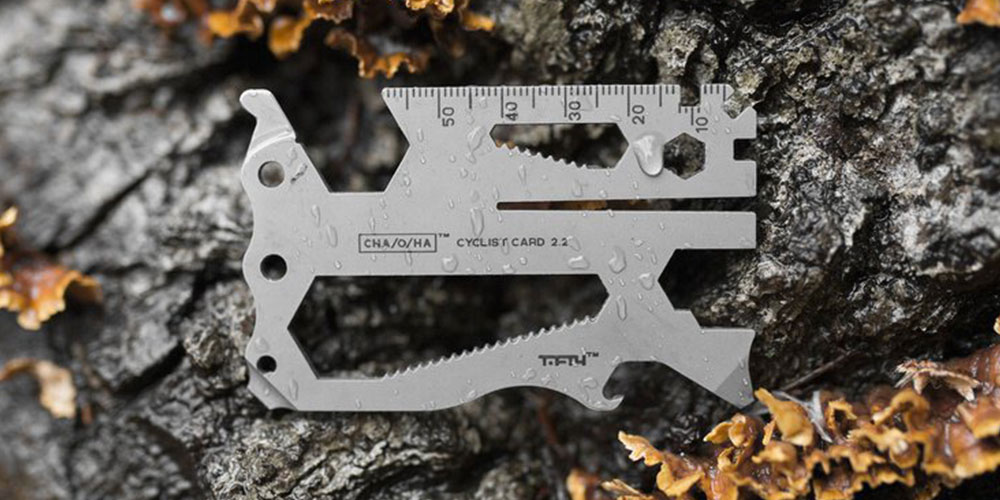 As cool as your smartphone is, it can't do everything. When a job requires a little elbow grease, a multitool is a great thing to have around - and might just save your life in the right situation.

Here's a roundup of some of the latest multitool designs, which have come a long way since the old, fingernail-destroying Swiss Army Knife model.

A lot of multitools fit on your keychain, but this one really blends in. The key-shaped tool incorporates some of the standard tools like a screwdriver and wrenches (standard and metric), but also some unusual ones, like a fully functioning pipe. It's now on sale for a full 58% off the retail price.

A fix-it tool for fidgety types, the Kelvin 007 is a fully functioning zinc alloy spinner with star points that serve as Phillips, flathead and Torx screwdriver bits. Get a pack of two Kelvins now for a 24% discount.

This one is a particular help in any roadside emergency. Any repair job will be easier with its flashlight, hand-crank power generator and magnet array, and the seat belt cutter and window breaker are crucial in case of an accident. The Kelvin 7 is now on sale for 20% off the MSRP.

The sturdy handle provides a firm base for the many tools on the Kelvin 36. There are no less than 26 hardened CR-V bits, and the screwdriver handle is able to lock at straight or right angles. Use it as a liquid level, corkscrew, hammer or much more. Pick one up now for more than 15% off the list price.

This tiny tool may be wallet-sized, but it's tough. Made of stainless steel, the iTAC packs a fully functional saw blade, screwdriver, and no less than 5 wrenches. It is now on the market at 16% off the original cost.

This one is a godsend for cyclists who don't have space for a full toolset. Breakdowns can be solved quickly and easily with its tire pry, hex wrenches, and 41 other tools. (And let's not forget the bottle opener for the end of the ride.) Get yours now for 20% off retail.

Think of this one as a multitool for your keys. This titanium fob includes screws you can use to fasten up to 12 keys, making them instantly accessible and compact with no more pocket jingle or tangle. The KeyBar is now on sale for a 25% discount.

This palm-sized gadget has one major innovation beyond its 7 wrenches, wire stripper and other standard but useful functions: A ratchet. The EverRatchet makes short work of screws with up to 20 pounds of torque behind every turn. Get yours now for 10% off the list price.