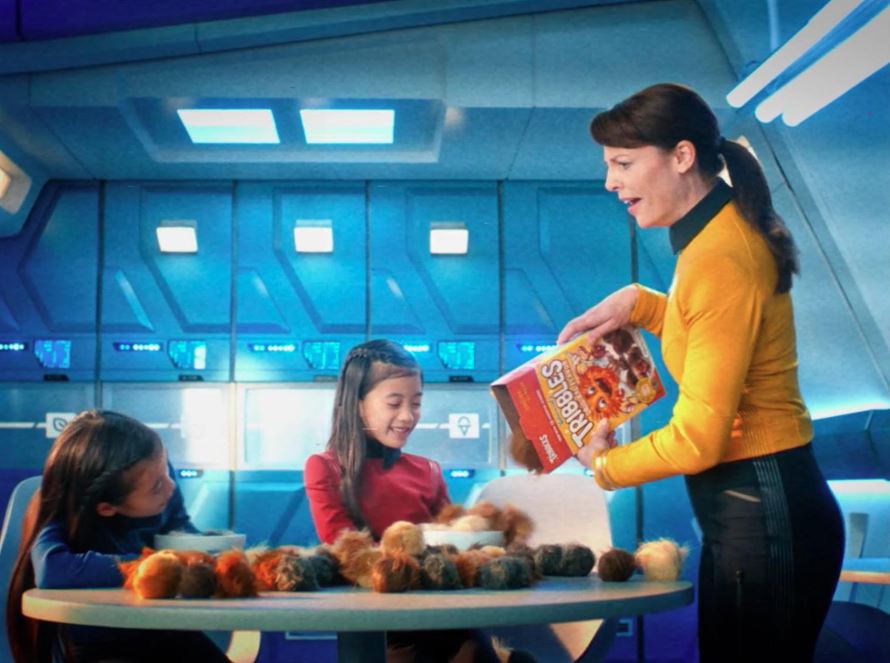 It's a fun episode that features a young captain's first command going thoroughly off the rails. But the real weirdness happens after the credits. The bonus scene is a commercial for Tribbles breakfast cereal. Self-replicating, plump, and very hairy:

The cereal comes in three repugnant flavors, and features a Poochie-style mascot:

You can catch up on the series at CBS ALL Access.