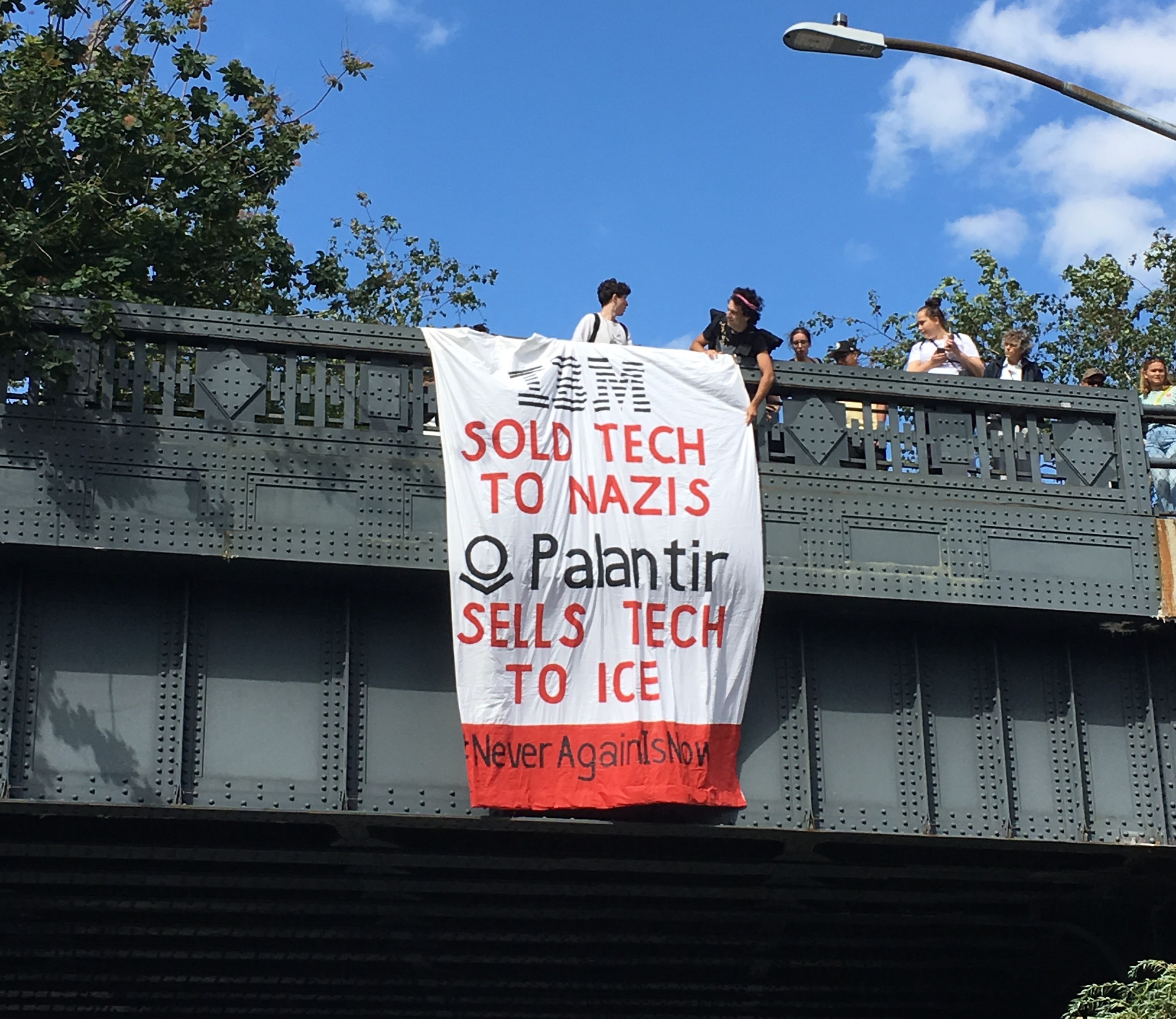 Next week, the Association for Computing Machinery (ACM) will host its inaugural Symposium on Computer Science and Law, whose sponsors include Palantir, Peter Thiel's notorious surveillance-tech company, which just renewed a $49m contract with ICE to provide technological aid for ICE's ethnic cleansing program, which has included mass family separations and the deaths of children in custody.

A group of activist campaigners including Make the Road New York and Jews for Racial and Economic Justice (JFREJ) are calling on ACM to cancel Palantir's sponsorship of this event.

I have signed the petition in my capacity as a member of ACM; but not in any of the other capacities in which I serve, and explicitly I am not speaking on behalf of the ACM's Technology Policy Committee, on which I volunteer, and which has no position on this matter.

Palantir sells two tools to ICE. The first, Investigative Case Management (ICM), is “mission critical” to ICE’s efforts, according to government documents, and was used at the border to investigate the families and sponsors of children who crossed the border alone. The operation, designed specifically to dissuade children from joining family in the United States, resulted in the arrests of at least 443 people over 90 days.

Palantir’s second tool, FALCON, is used by agents that lead workplace raids, which increased by 650%during President Trump’s first year in office. It has led to the arrest of thousands of vulnerable workers every year just for being undocumented. During a raid in which ICE agents hit 7-11s nationwide, all agents were told to download Palantir’s FALCON mobile app for use during the raid. FALCON is also used by agents who lead raids like those in Mississippi in early August, when almost 700 people were arrested en masse during the first day of school, leaving some children without either parent when they came home. At least two children were left alone for eight days because both of their parents were arrested and detained by ICE. It is notable that the raids in Mississippi targeted workers who had recently begun to organize for better working conditions.