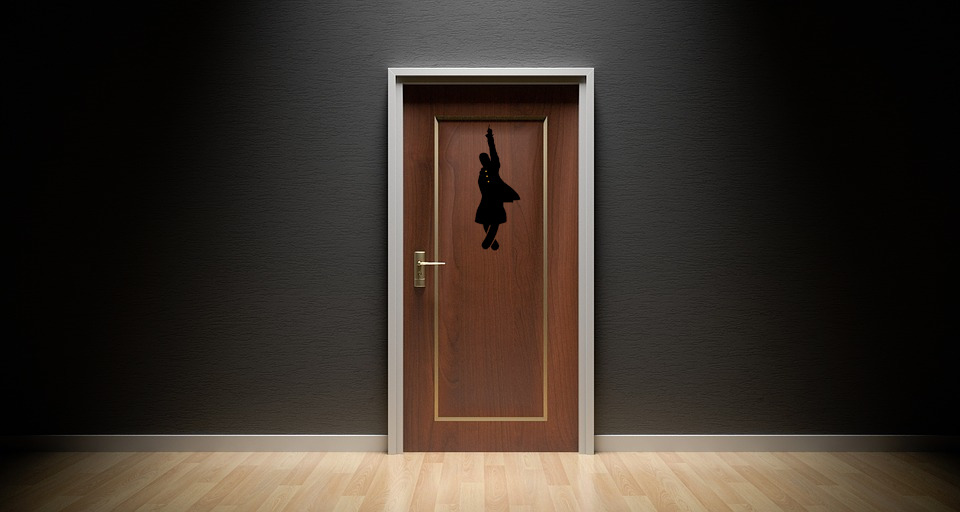 The women who pay as much as $400 to see Hamilton at Philadelphia's Forrest Theatre have only 15 minutes to pee and get back to their seats during intermission, but the upper bathroom only has three stalls and the house seats over 1,700 people.

Tanya Heath is a classically trained musician who plays five instruments and sings soprano; she's auditioned for Hamilton three times but has not yet been made part of the cast. Presently, she works as an usher at the Forrest.

She stands on piano benches and other furniture and in a commanding voice, helps the women in line understand their remaining time, directs them as to how to queue efficiently so that they minimize confusion, and reassures them about the house warnings (flickering lights, etc) so that they remain calm.

Ellie Silverman's profile of Heath's performance is as vivid a theater review as you could ask for, and Health's virtuosity, kindness, humor and resourcefulness shine through.

“You are working your ass off,” Julie Caramanico, 34, of Newtown Square says from the back of the line to Heath. “I love it so much.”

“Is there enough time?” someone asks from the crowd. Others also look concerned.

But then the lights flicker, the ladies in line seem to collectively gasp: “Nooooo,” women say. They don’t want to miss even a minute of Hamilton, a show for which people paid as much as $499 a seat. Should they throw away their spot?

“Alright my loves, we are approaching minute 13. That was a scare tactic,” she says. “That’s how we get people into their seats a little bit faster. We’re only at minute 13. I promised you 20 minutes. We have about seven to eight minutes to get you back upstairs.” Heath sings her instructions: “Stay in lineeeee.”

Bathrooms at ‘Hamilton’: Can 200 women make it through 16 stalls in a 20-minute intermission? [Ellie Silverman/Philadelphia Inquirer]