Artist paints a panorama on a sphere 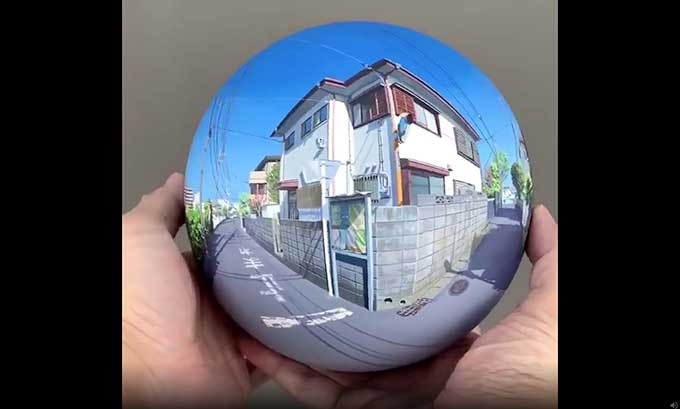 This is a spherical painting of a street intersection somewhere in Japan. I don't know who the artist is, but the effect is amazing.

Panoramic painting on a sphere from r/Damnthatsinteresting