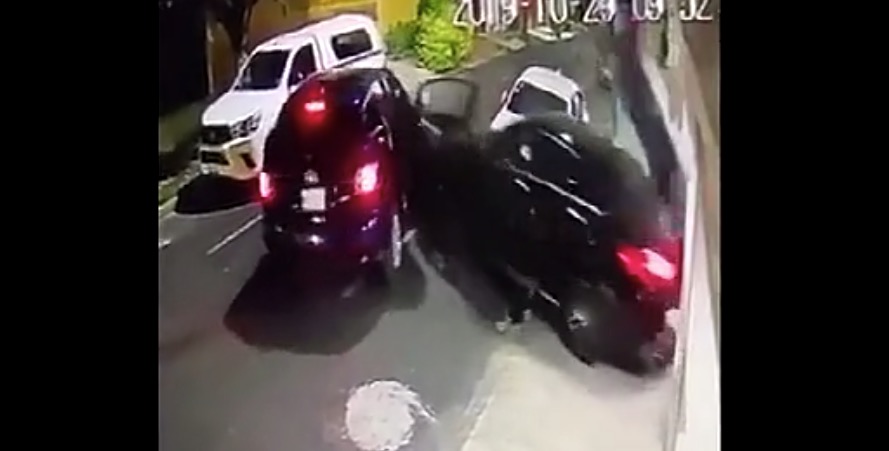 I'm not sure where this video was shot but many commenters in Reddit say it took place in South America and was likely a kidnapping attempt. The video was taken by a security camera on a narrow residential street.

We see a car going into a garage. As the garage starts closing another car drives up and four professional looking thugs jump and out slide under the door before it fully closes. A few seconds later, the car in the garage bursts out, running over one of the thugs in the process. Then the car rams the kindnappers' car. The rest of the video shows the kidnappers in a panic as they try to flee.