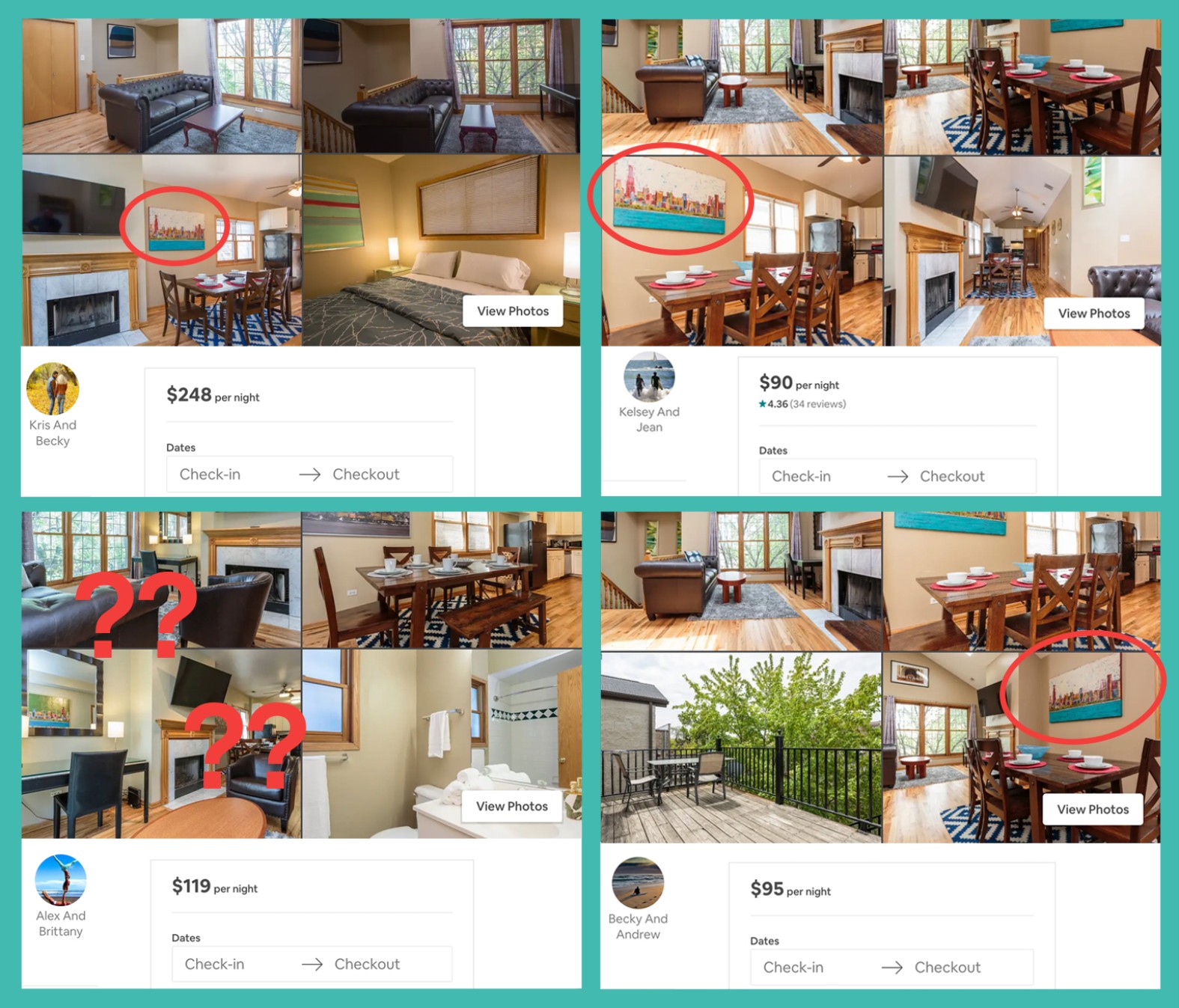 Vice's Allie Conti got scammed by an Airbnb host who promised her a really nice place, then made up a story about its toilets being clogged and shifted her to a derelict, filthy wreck of a house. When she tried to get her money back, she discovered that Airbnb had no effective systems for following up on the kind of scam she'd encountered, so she began digging.

She discovered that her scammer had multiple identities on the service (Airbnb has long struggled with scammers, including commercial real-estate companies, pretending to be just plain folks renting out a place they weren't using at the moment, but still gives these scammers "verified identity" badges on the service), and that they had been scamming people in multiple cities across the USA, and retaliating against victims who pressed their complaints by posting false reports of their victims' having thrown wild parties, leaving the properties in a dirty and damaged state.

Through some pretty excellent sleuthing, Conti was able to identify her scammer with a pretty high degree of confidence, and she discovered that he knew all kind of tricks for laying low when his victims endangered his cushy con -- for example, he sometimes listed all his properties at $10,000/night, so they wouldn't show up on anyone's searches.

Despite her extensive investigative work, no one at Airbnb would comment on the record about the scam, and five of the six identities she connected to her scammer are still live on the site.

Even some of the positive reviews of Becky and Andrew’s Chicago rentals seemed odd, especially those left by other pairs of hosts. Kelsey and Jean, for example, said Becky and Andrew were “awesome and communicative guests.” But they themselves were based in Chicago, where it seemed they had at least two properties of their own. Why would they need to rent from someone else there? Even stranger, Kelsey and Jean’s photo also had been cribbed from a travel site, and the language they used to describe their home (“Westloop 6 Bed Getaway - Walk the City”) seemed similar to that of Becky and Andrew’s (“6 Bed Downtown / Wicker Park / Walk the City”). It wasn’t long before I found what looked an awful lot like the apartment I’d originally booked with Becky and Andrew—the one on North Wood Street—listed by Kelsey and Jean as well. There was no mistaking it: The couch, coffee table, dining room set, and wall art were all the same.

I started to wonder whether “Becky and Andrew” and “Kelsey and Jean” existed at all.

I also wanted to figure out if Becky and Andrew and Kelsey and Jean had the same unit as three other couples, or if they just had the same detailing around the windows and a bunch of the same furniture pieces in different arrangements. Kris and Becky’s unit looked identical, save for a coffee table that was rectangular instead of round. Alex and Brittany had an additional armchair in their living room. Rachel and Pete’s place showed the most variation, but was still eerily similar to the rest of the bunch. When I finally plugged the original address of the place that I’d booked from Becky and Andrew into Google Street View, I felt like I was losing my mind. Becky and Andrew’s photos had no floor-to-ceiling windows, but the building on Street View at the same address clearly did.

I Accidentally Uncovered a Nationwide Scam on Airbnb [Allie Conti/Vice]