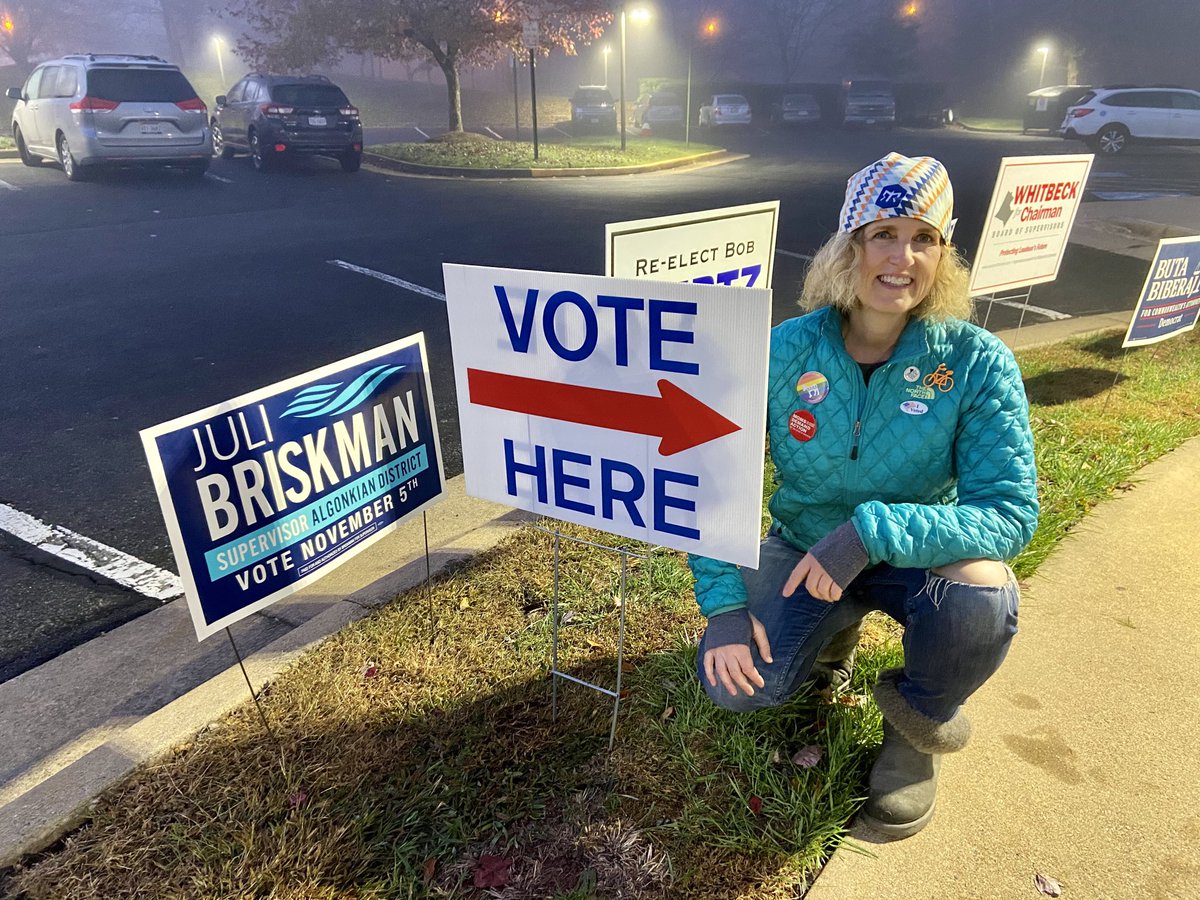 The manifest injustice of her dismissal -- losing your job for flipping off the most divisive President in more than a century -- prompted an outpouring of support and more than $142,000 in donations to a Gofundme campaign.

Now, Briskman has parlayed that public support into something more meaningful: a successful campaign to be elected as supervisor for the Algonkian District in Loudoun County, Virginia.

Briskman ran on a platform of school funding, rules for local property development, local government transparency, and a reversal of the Republican incumbent's $14m tax cut, which deprived local government of the cash it needed to provide services.

The county reliably votes for Democrats at the state and federal level, but Republicans maintain control of the board, 6 to 3, and Republicans have represented the county in Congress for nearly 40 years.

Democrats hope voter hostility toward Trump, combined with a recent population boom and demographic changes, will help them oust Rep. Barbara Comstock (R) in November and turn the Board of Supervisors blue in 2019 county elections.