Save over 65% on these durable cast iron pots and pans 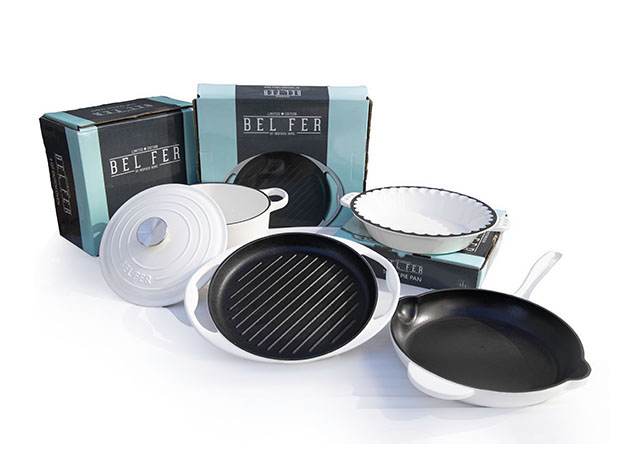 If you want to start cooking like a grown-up, the clock is ticking. Thanksgiving is coming soon, and one of these years that cheap set of kitchenware that you bought for the college dorm is not going to cut it anymore.

If your parents have a set they've been faithfully using for decades, chances are it's made of the same durable stuff. The cast iron core of these pots and pans makes sure everything from soups to steaks heats evenly and quickly. The enamel protects and against stains or abrasion and makes the whole set much easier to clean than naked cast iron.

No matter what the meal, they make sure all the flavor stays locked in. And best of all, they'll likely keep that quality through decades of use.

Snap up the whole five-piece set today so you can start giving it a test run before turkey day. The Inspired Home Set is now 66% off the retail price.