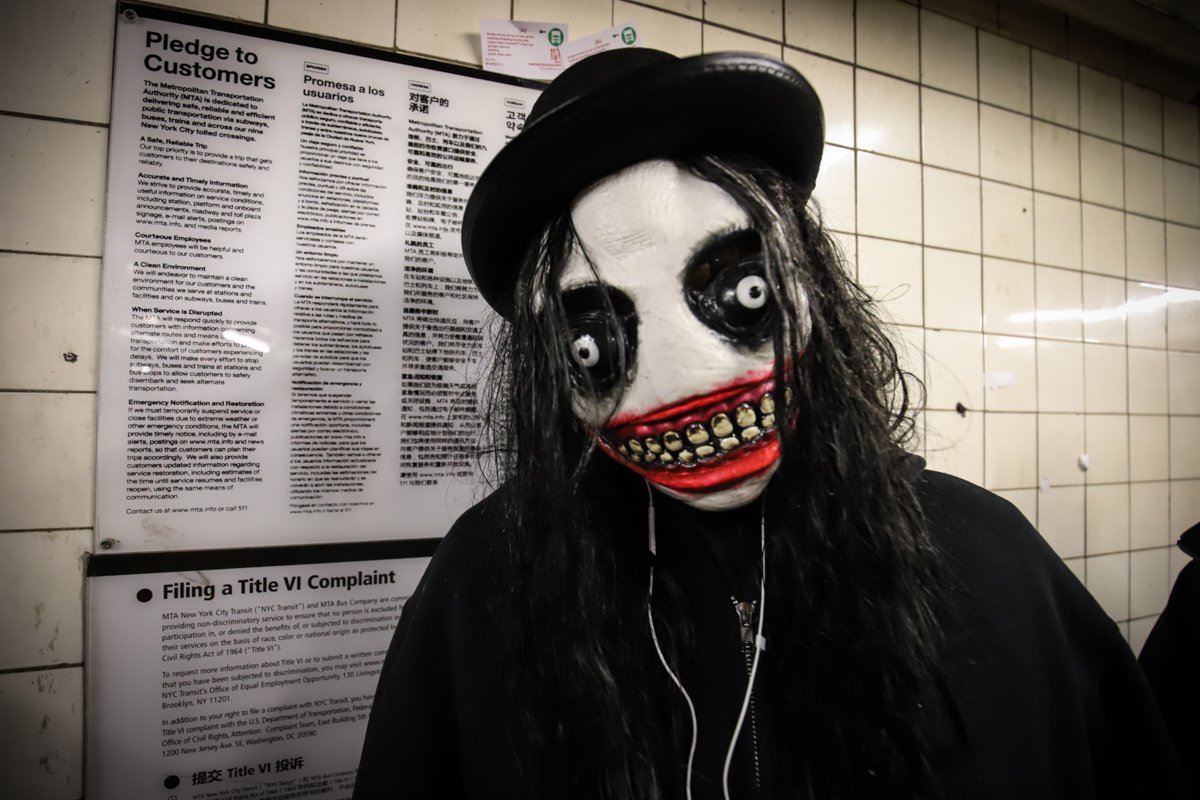 It's an annual tradition--Sai Mokhtari photographs the New York subway on Halloween.

Take a scroll through hundreds of photos from the last few years. Yes there are lots of Suicide Squad characters, but there's also a living bodega, Billy Mitchell from King Of Kong, Joanne the Scammer, and a woman dressed as the entire Zola Twitter story.