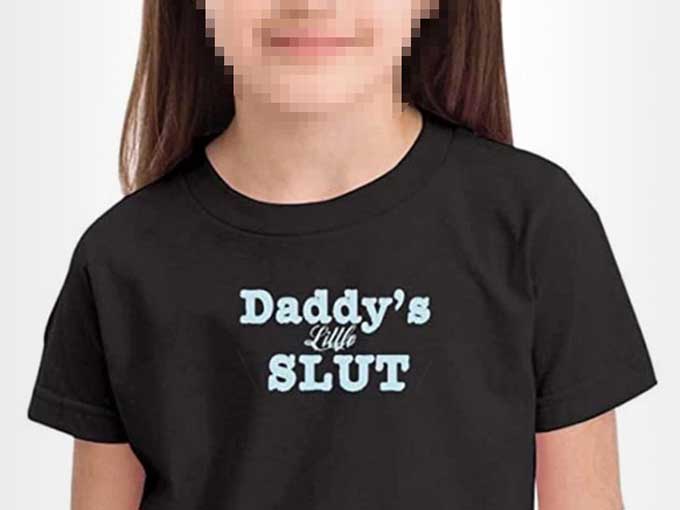 OnlyBabyCare will no longer be able to sell children's clothes with the phrase "Daddy's Little Slut" through the Amazon Marketplace, reports TMZ. Amazon removed the item from its database after people on social media said the thought the shirt was inappropriate.

At least there's no sexism when it comes to these sluts ... the manufacturer said the shirt was unisex and suitable for "little girls or boys."

This brings to mind the kid's overalls I saw at a store in Tokyo called "Slut":