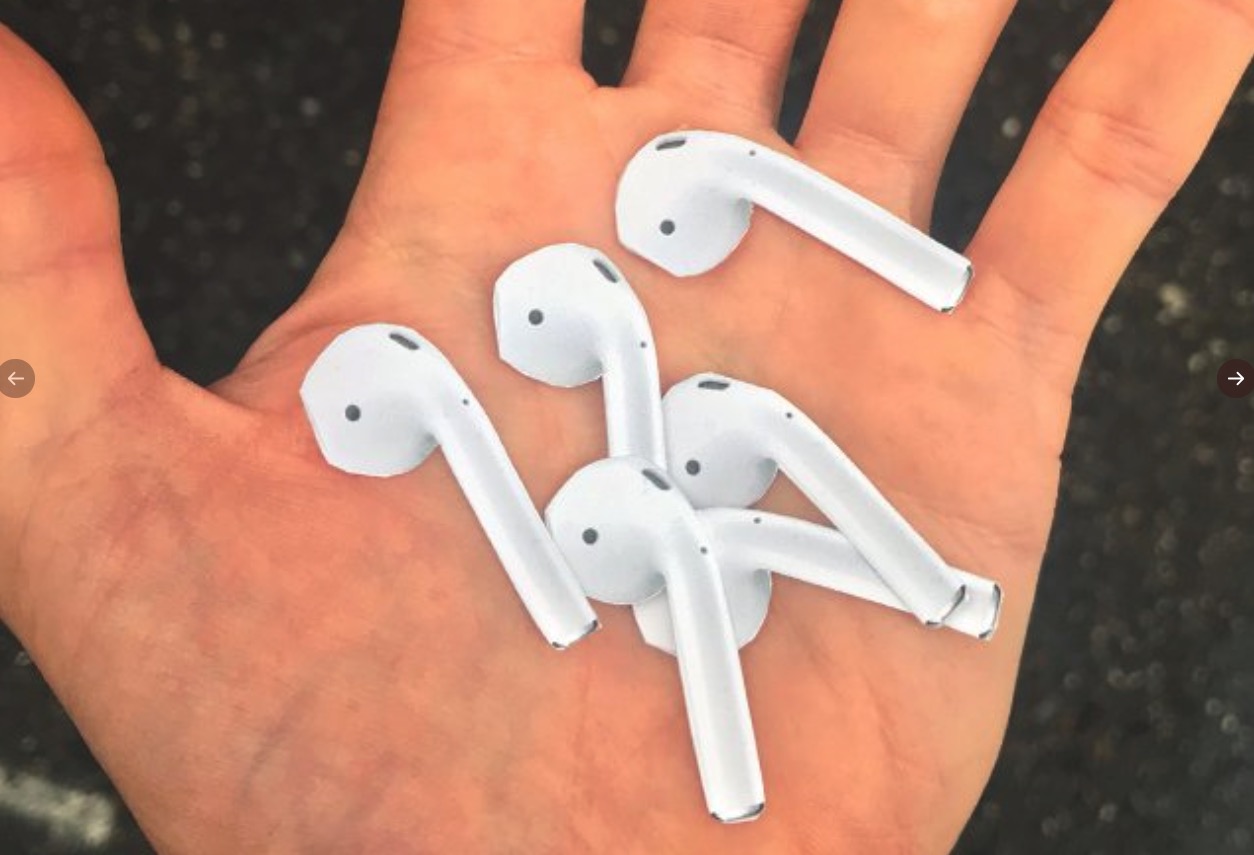 Pablo Rochat tweeted: "I made life-size AirPod stickers and stuck them on the ground, all over the city ?"