Save water (and money) with this smart home monitor 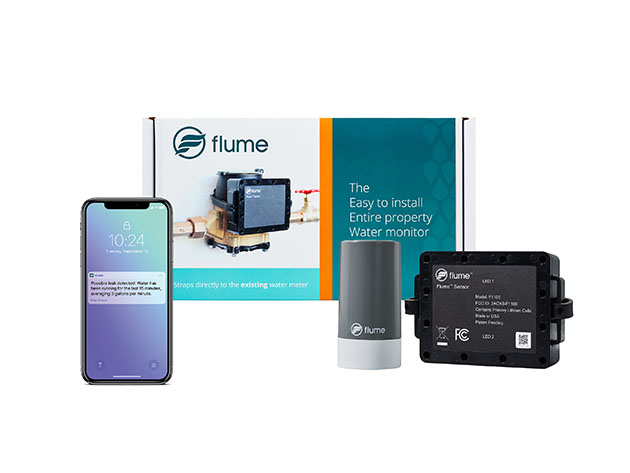 Between all of our apps, streaming devices, Bluetooth speakers, and energy-sucking decorations, paying for utilities each month can be...brutal. In fact, the average household spends roughly $70 a month on the water bill alone. That number might not seem terribly significant, but when you add it up, that's $840 a year — a pretty significant chunk of cheddar, and that's just for one of your many bills. Pair that with the fact that water conservation is becoming increasingly more important, (especially in areas susceptible to droughts) and being conscientious of your water use is, quite frankly, more important than ever.

That's where Flume comes in. This easy-to-install smart water monitor pops right onto your home's water meter and tracks your water use in real time. You can check in on your use through Flume's companion app directly from your smartphone, which constantly gathers and reports the data back to you. If there's a leak or damage detected, you'll instantly be notified so you can quickly resolve the issue. Flume breaks down exactly where your water is going, so you can figure out how to cut back in areas where you're over-using it and save big on your monthly water bill. And, if you've already got a smart home or speaker setup, you can ask Alexa about your water status, use, and budget.

Keep tabs on your water use with the Flume Smart Home Water Monitor and give the earth and your wallet some relief. You can grab it now for just $169.