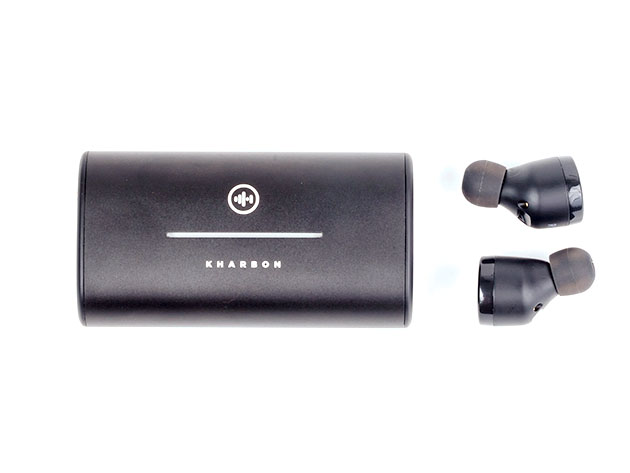 For all that tech that gets squeezed into them, the best wireless earbuds are ones we barely have to think about. That's the whole point, right? We get wireless because we just want to hit play and have a hands-free, cordless soundtrack for the rest of the commute.

If that's your philosophy, definitely give these Kharbon IP67 Wireless Earbuds a listen. With nearly a week's worth of continuous playtime capability, their battery puts comparable buds to shame.

That's no typo. The Kharbon's IPV6 low energy protocol allows for 150 hours of battery life, and with that kind of juice, you can even use the charging case as a 2,000 mAh power bank for your phone or other devices.

As far as durability goes, the aluminum casing is solid and coated for an IP67 waterproof rating. The ergonomic design hugs the ear canal for a firm fit even on long runs, and the Bluetooth 5.0 capability ensures a smooth connection. The sound is balanced all the way through thanks to ambient noise cancellation.

You can get a set with charging case and manufacturer's warranty for 60% off the list price now - but use the online code BFSAVE15 to knock an extra 15% off that final price, lowering the price down to $67.15.