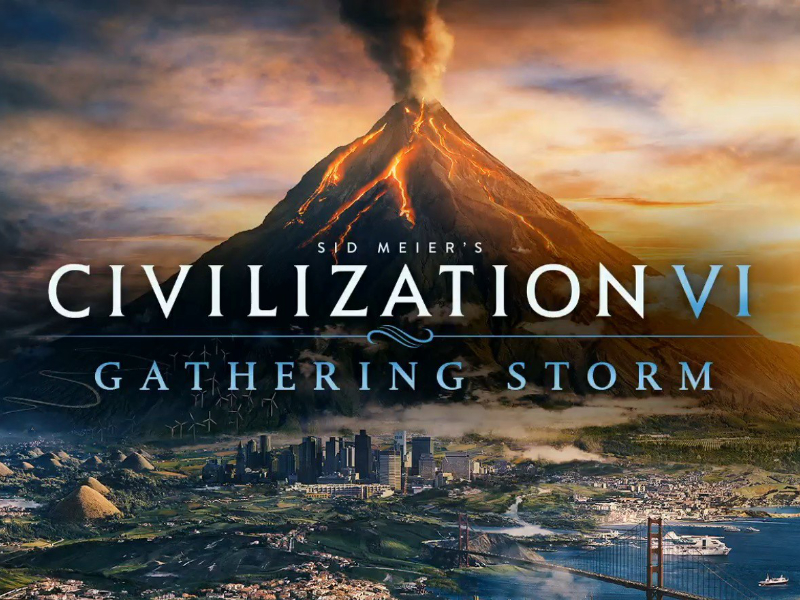 I already purchased Civilization VI's The Gathering Storm expansion for my Mac, becasue of course I did. There's not a lot of games that my 2015 13" MacBook Pro Retina can play that I enjoy—Civ is one of them. I've been farting around with Sid Meir's games since the mid-1990s and my enthusiasm for his titles has only been crushed once. Sid, if for some reason you're reading this, Beyond Earth should have been an add-on for Civilization V. All on its lonesome, it was kind of a lame duck.

In this, the second add-on to Civilization VI, players are introduced to the misery of natural disasters. Build on a flood plain, sooner or later, you're going to have a bad day. Set up shop in the tundra and you may be visited by a winter storm. Drought is a distinct possibility and don't get me started on volcanoes. The upside of all of this potential carnage is that, in the wake of some of the disasters, new opportunities to improve the lot of your cities becomes possible. Flooding leads to rich farmland, for example (but, unless you research and invest in technology to stop future flooding your peasants are going to be pissed when everything gets washed out again.) These problems add a welcome layer of strategy to a game that I've shamefully invested close to 100 hours in when I should have been writing my damn book. Now, it's not enough now that you have to worry about being influenced by other civilizations. There's a good chance that you can drown, too. Speaking of other civilizations, you get a few new ones, my favorite of which, is of course, Canada.

I own licenses for civilization VI to play it on my laptop, Nintendo Switch and on iOS. In the case of the latter, an iPhone's display feels too small to really dig into the game for long periods of time (that I have fingers sized like Snickers bars doesn't help.) Playing it on a recent iPad? That might be the best way to experience the game out of all of the options out there. There's something very pleasant about playing a game for a few minutes or a few hours on a device that you can cradle, use a keyboard with (Civ VI for iOS supports keyboard shortcuts) or lounging on a bed. It makes the act of removing yourself from a day of work and worries, at least for me, feel just a little more decadent.

Some might consider the fact that The Gathering Storm will set you back just under $40. Given how much time I've invested in the game, I think the price is more than fair.