Score an early Black Friday deal on this VIZIO speaker 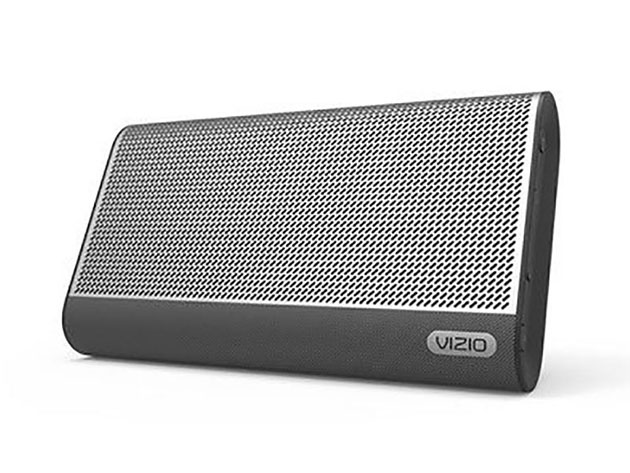 Wireless speakers have been out on the market for a while now, and while they're popular, most people get them for convenience. Sure, it's better than listening to music on your phone, but they don't really carry the weight of an audiophile's expectations.

The VIZIO SP30-E0 SmartCast™ Crave Go™ Wireless Speaker is definitely out to raise that bar.

First and foremost, it delivers on sound. The custom drivers are equipped with DTS Studio Sound™ and TruVolume™, which means (among other things) that they can be cranked up to 88 dB while the bass stays crisp and low.

As for the convenience, the SP30-E0 has things covered on multiple fronts. Its battery lets it put out up to 6 hours of continuous music. You can connect to any device with Bluetooth and control it with Google Home or the SmartCast app. Want to create a real home audio system? Set up multiple Crave Go™ speakers in your house and select one or all to play the music you choose.

The SP30-E0 is already on sale for more than 65% off retail, but you can take an extra 15% off for Black Friday with the online code BFSAVE15.