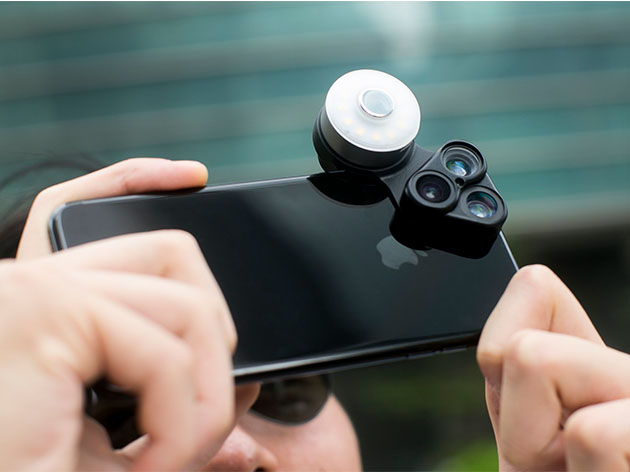 Smartphone cameras are getting better with every new update, but they still lack a lot of versatility. There's a reason why pro photographers still lug around DSLR cameras and an array of lenses to suit different lighting conditions.

While there's still nothing like a dedicated camera, the RevolCam goes a long way toward bridging the gap between phone cams and the real deal.

This accessory fits all the latest iPhone models and adds an arsenal of visual options. Most prominently, you've got the rotating selection of fisheye, macro, and wide-angle lenses.

Shooting in dim conditions? There's also an LED light that attaches by way of a magnetic backing. And you can tweak the final product before your shot with a full 230 levels of manual light control.

There's even a selfie mirror built in to make your shot portrait-worthy. Right now, the RevolCam is on sale for 32% off the retail price, but you can take an extra 15% off that final cost by using the Black Friday code BFSAVE15.