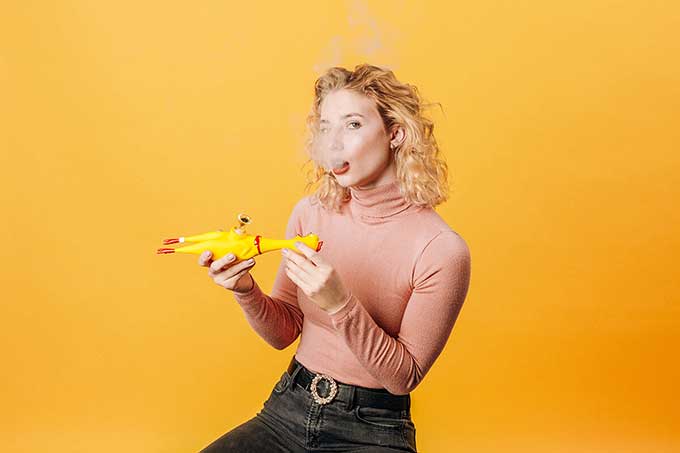 "It’s a custom-molded silicone-body bong with a glass bowl and downstem. The squeaker is the same type used in standard squeaky chickens." It squeaks "on every rip." It's from MSCHF.