This Device Turns Your iPhone Into a High-Quality Audio Recorder 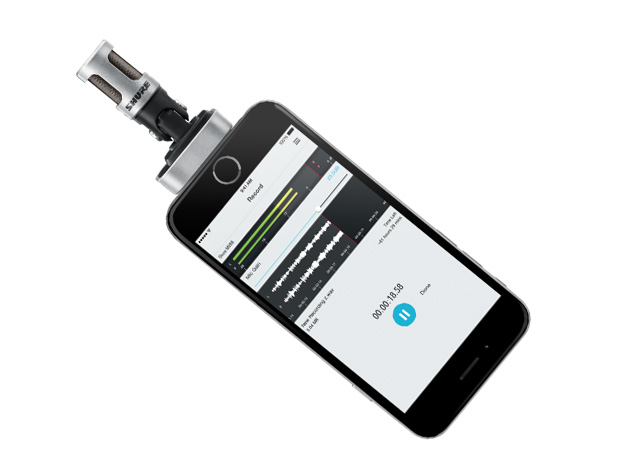 Normally speaking, recording audio with your phone is a last resort. The built-in mic simply wasn’t designed for picking up guitar riffs and powerful vocals. However, the Shure MV88 Digital Stereo Condenser Microphone adds the necessary hardware for high-quality audio recordings. Made for iOS devices, this accessory is a must-have for any musician — and it's currently 19% off for Black Friday, priced at $149.

With matched cardioid and bi-directional 0.4" (1cm) cartridges, the MV88 can capture speech and song with remarkable clarity. The all-metal mic plugs into the Lightning port of your iPhone or iPad, with a hinge that allows you to find the perfect recording angle.

The MV88 is suitable for recording speech, singing, acoustic instruments, and many other sounds. The mic automatically optimizes EQ, compression, and limiting, and there are five different presets to choose from.

The Shure MV88 is perfect for musicians, podcasters, and anyone who needs high-quality audio. It retails for $186, but you can get it now for $149 over Black Friday.