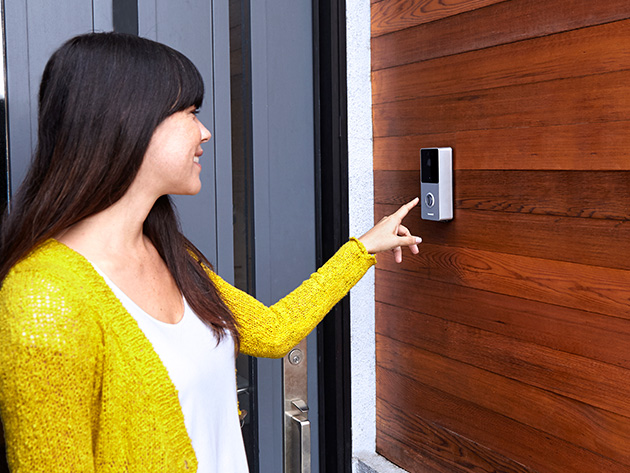 Video doorbells are the perfect way to remotely issue instructions for delivery and check on your home from afar. These five smart video doorbells are already discounted, but you can take an extra 20% off the sale price for Cyber Monday using coupon code CMSAVE20.

Sleek and sophisticated, RemoBell has motion detection, night vision, and full-duplex audio. The doorbell runs on AA batteries for four months, and you can view live HD video from your front door via the companion smartphone app.

A great budget option, Sinji is easy to install and entirely wireless. It has a built-in camera with night vision, and the anti-theft feature will alert you if someone tries to interfere with the doorbell.

Thanks to a 160-degree lens, the RemoBell W covers a wide arc at the front of your property. Along with night vision and motion detection, this doorbell comes with a powerful chime (up to 90dB) that ensures you won’t miss a delivery.

With a 166-degree camera lens and a PIR motion sensor with an arc of 120 degrees, the LizaTech doorbell provides impressive coverage. It also has six powerful infrared LEDs, two-way audio and an IP65 waterproof outer shell.

This feature-packed doorbell has an HD camera that captures 180 degrees, and you can define areas of special interest via the remo+ app. The device also provides instant motion sensor alerts, two-way audio, and night vision technology.