This sleep mask is like a weighted blanket for your eyes 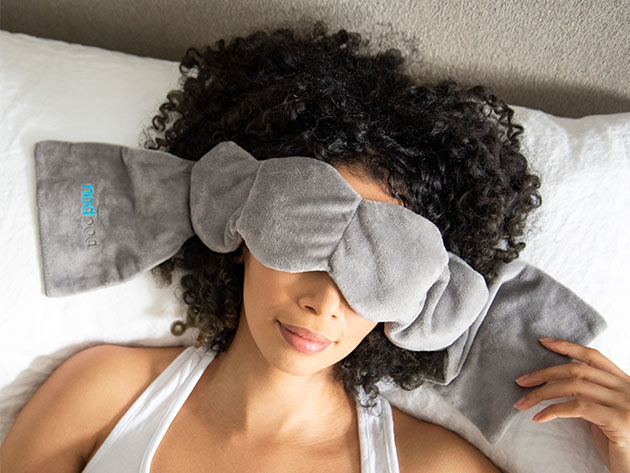 Weighted blankets are officially a thing. And if you've ever tried one, you know there's a reason for the fuss. Parents have known for generations that swaddling a baby has a profound calming effect, and the gentle pressure that blanket weights provide can have the same effect on restless sleepers.

Pretty much all parts of the body can respond to this kind of treatment, which is why the Nodpod® Weighted Sleep Mask is poised to become just as essential for serious bedtime prep.

The cotton/fleece covering is comfy enough, but inside the mask are four gently weighted, BPA-free microfiber pods. They cause the mask to hug the contours of your face without putting undue pressure on your eyeballs - just the right kind of pressure to make you feel secure. Want to sleep on your side? It's just as effective thanks to a pull-through slit that you can use to tie the Nodpod on. No hair-tugging Velcro here.

Best of all, it's sale priced just in time to give you some much-needed holiday rest. You can take an extra 15% off that final price by using the discount code MERRYSAVE15.