Take your cereal on the road with this innovative combo cup 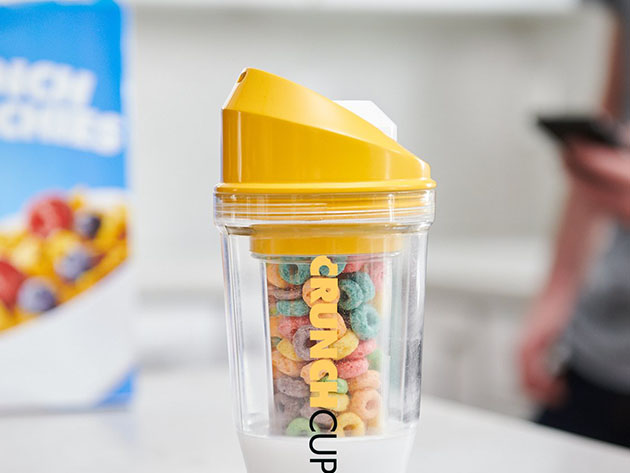 That's why we're putting the CrunchCup™ Portable Cereal Cup on our Christmas list this year.

The CrunchCup™ Portable Cereal Cup is on sale now for 33% off the original price, and you can knock an additional 20% off that by using the holiday coupon code GREENMONDAY20.