These innovative stud finders take the hassles out of hanging 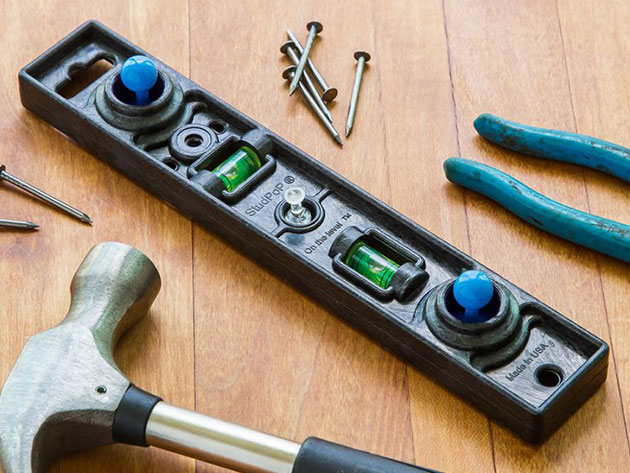 With all the revolutionary tech that's out there, it's pretty sad that finding a simple stud in your wall can feel like dowsing for water. This can be equally true whether you're using a magnetic finder and it's reliance on "feel," or an electronic unit that can give fuzzy readings (especially when the batteries are low).

Sometimes a simple tweak is all that an old-school solution needs. That's the hook of the StudPop, a simple stud finder that vastly improves on the traditional magnetic model.

Just move the tiny gadget along the wall, and the magnet on the back gets a pull from the metal in the studs. The difference here is the indicator, a small bubble that pops out and stands straight when the magnet connects. From there, just mark the position and drill away.

The manufacturers sell the unit solo, but they also incorporate two of them into their On the LEVEL device - a real time saver when you're hanging large cabinets or paintings.

Both of them are on sale for well over 20% off the retail price, but you can take an additional 15% off by using the discount code MERRYSAVE15.