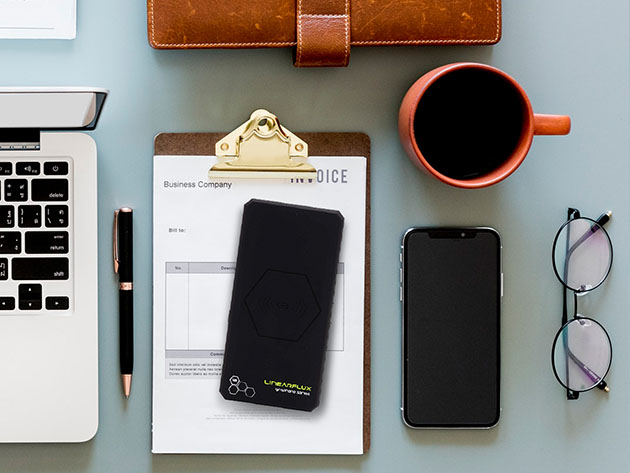 There's no shortage of wireless chargers out there. So when one scores a Best of Innovation Award at the Consumer Electronics Show, we take notice. And, those industry nods mean good news for just about anybody with a smartphone, because the HyperCharger X Wireless Charger means there's no excuse for losing power when you're out and about.

As a straight-up wireless charger, the thing packs a punch. It has 7.5 watts of power for Qi-compatible devices. No plugs in sight? It's also a power bank with 6,000 mAh of capacity, more than enough to get multiple devices throughout the day.

For old-school gadgets, you can charge by a 15W universal USB port. You can even charge up your phone wirelessly while recharging up the unit via the port, so there's no downtime.

And the cherry on top? The entire thing is as small as an iPhone X.

Right now, you can get a 2-pack of HyperCharger X Wireless Chargers for more than 40% off the retail price, but you can take another 15% off that final cost by using the holiday discount code MERRYSAVE15.