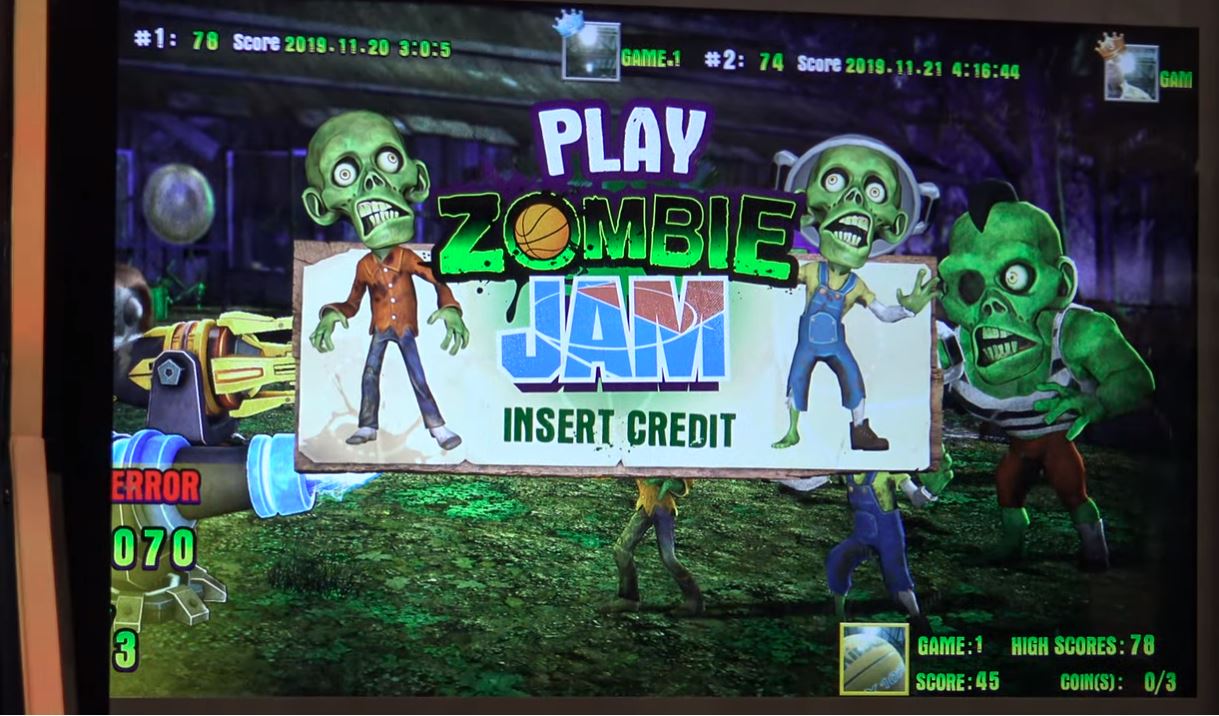 Here's a clever update to the arcade classic Pop-A-Shot basketball. The really Big Crane Company has combined the basketball mechanic with Plants vs. Zombies to create Zombie Jam.

Hit a basket in the proper column to fight off the approaching zombies:

There's also a version for playing Connect 4 by burying shots: