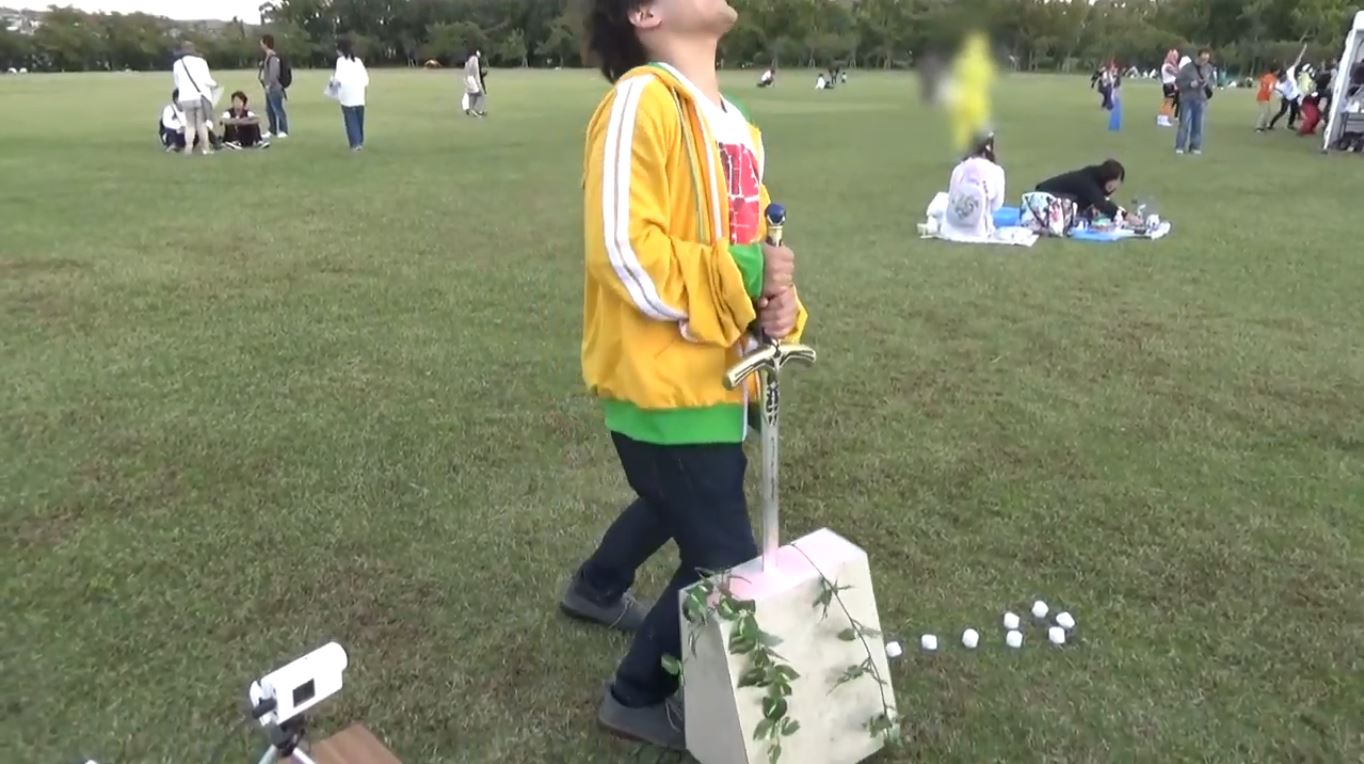 The 2020 Game Developers Conference will include alt.ctrl.GDC, a showcase of video game using unconventional, accessible or alternative physical controls. The 20 finalists include Far Away Cage, an Alien-inspired game where you interact with the ship by sliding on a skateboard:

And The Sword lets players try to find the Grail in order to pull Excalibur from the stone:

You can see trailers for the 20 finalists here, including a racing game controlled by manipulating a giraffe head, and a milking game that uses udders.