This $27,000 airplane "seat" is actually a shower, bedroom, and living room 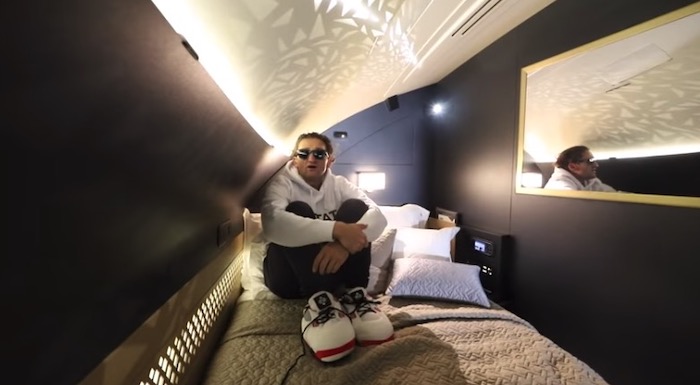 Casey Neistat rode on the Etihad A380 The Residence, and made a video about it. The $27,000 ticket (which was comped) is basically a small apartment, which a private bathroom and shower (with a 10-minute meter, as if he was on Arrakis), a living room, and a private bedroom.

I like to imagine a rich person flying this way and being miserable because they can't afford a private jet.