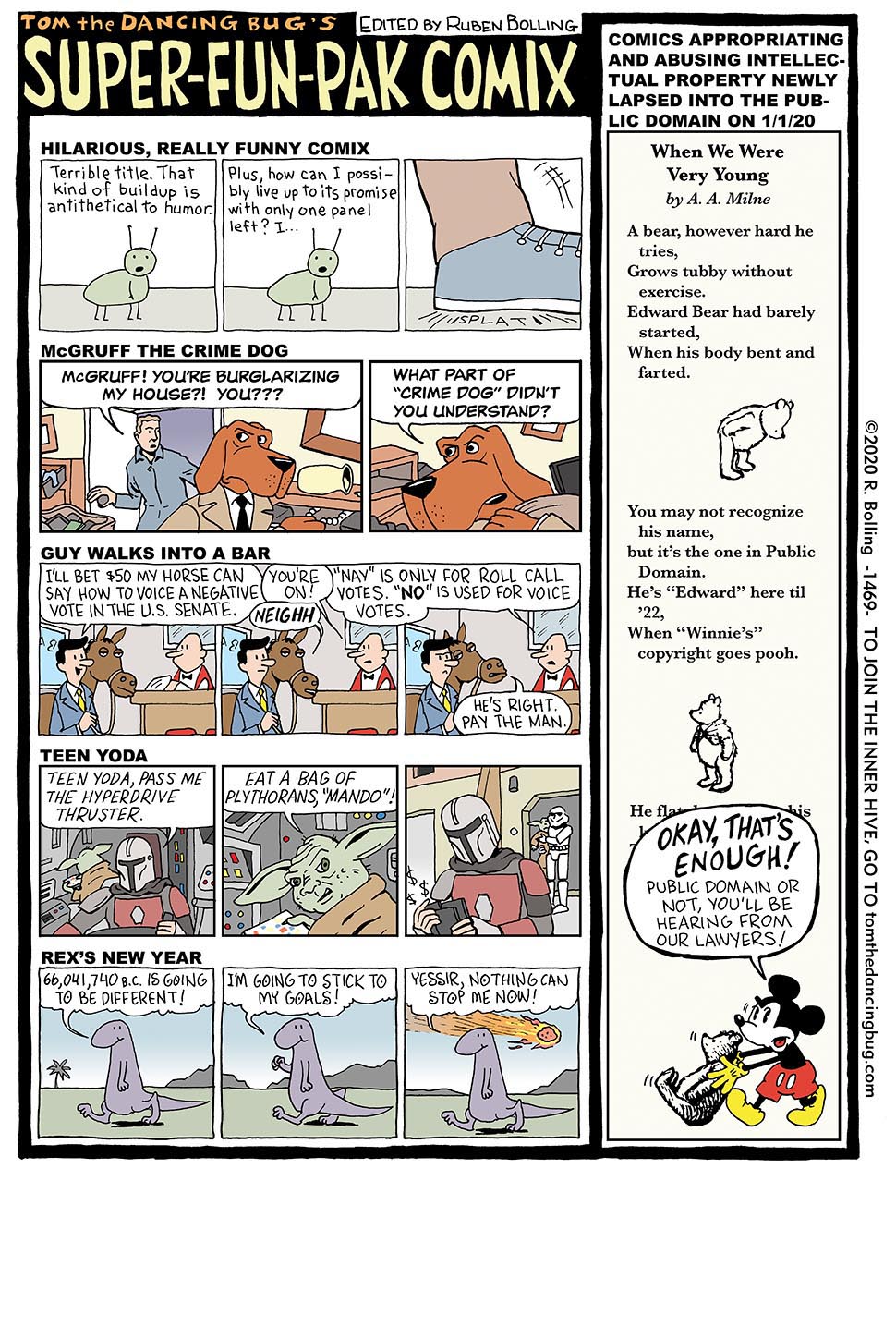 Tom the Dancing Bug, IN WHICH Super-Fun-Pak Comix does feature "McGruff the Crime Dog," "Guy Walks Into a Bar," and more other "Hilarious Comix"

Give a loved/liked/chosen one an INNER HIVE gift membership. INFO HERE.