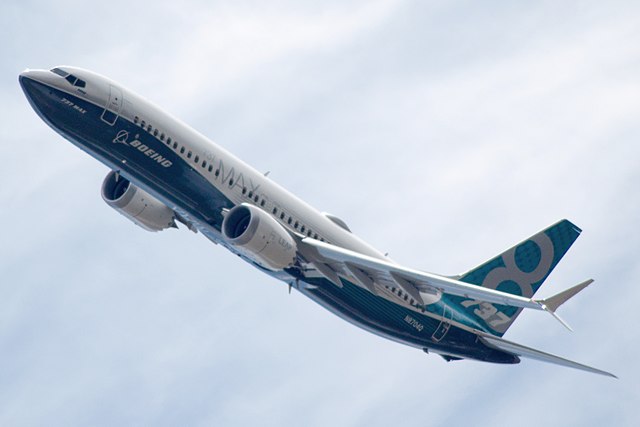 A batch of internal emails and other communications by Boeing employees were released to Congress on Thursday as part of a 100-plus page document, according to CNN, and what these employees said about Boeing’s 737 Max back in 2017 and 2018 is terrifying. (It wasn’t even a year after these communications that two new 737 Max planes crashed within five months of each other, killing 346 people total.)

For example, in April 2017, one employee said the Max was “designed by clowns, who in turn are supervised by monkeys,” and referred to the plane as having a “piss poor design.”

And in February 2018, from one employee to another: "Honesty is the only way in this job — integrity when lives are on the line on the aircraft and training programs shouldn't be taken with a pinch of salt. Would you put your family on a Max simulator trained aircraft? I wouldn't."

To which the other employee said, “No.”

Three months later, an employee wrote about some other mishap Boeing was dealing with: "I really would struggle to defend the [simulator] in front of the FAA next week,” while another employee wrote: “I still haven't been forgiven by god for the covering up I did last year."

The new jet was intended to be similar enough to require only the tablet-based training to bring pilots up to speed on the differences between the old model and the new one. One email included in Thursday's collection of documents from Boeing's chief technical pilot made it clear how crucial it was to the company that the simulator not be required.

"I want to stress the importance of holding firm that there will not be any type of simulator training required to transition" to the Max, the person wrote to Boeing employees in March 2017. "Boeing will not allow that to happen. We'll go face to face with any regulator who tries to make that a requirement."

But neither the Max training nor the flight manual disclosed the existence of a stabilization system known as MCAS, which was designed to operate in the background so that the Max, with larger engines and different aerodynamics, would fly similarly to the previous version.

A glitch in the MCA system is to blame for the crashes, which caused the planes to nosedive. And yet Boeing is still rushing to get the plane back up in the air:

The FAA has already seen the documents, since Boeing provided them to the agency in December. The company went into that month hoping that it could still win approval for the plane to fly again before the end of 2019. But FAA Administrator Stephen Dickson announced on Dec. 11 that such approval would not happen until sometime this year.

The Boeing 737 Next Generation has a gnarly bug: on instrument approach to seven specific runways, the six cockpit display units used to guide the pilots to their landing go suddenly black and they remain black until the pilots choose a different runway to land on.