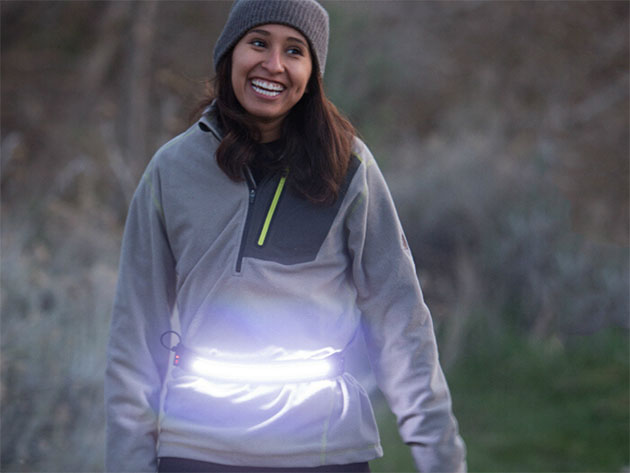 There's a reason why most people do their jogging in the morning. Even though it might be muggy, foggy or warmer, there's a certain amount of safety that comes with daylight. I mean, it's not like you can just take a flashlight on your run.

Or can you? With a simple but innovative design tweak, the H2 Belt Light might have just changed the game for night runners, hikers or anyone who needs to move around in the dark.

After seeing it once, you kind of wonder why miners weren't wearing these instead of helmet lamps decades ago. Instead of a single, thin beam, the H2 casts a broad spectrum of light in front of you, right where you need it most: A 180-degree halo that lets you use your peripheral vision, even on the run.

The belt and lamp are light, with an IPX7 waterproof rating that keeps it safe even in heavy rain. There's high and low-intensity brightness modes or even a flash mode for extra safety. Even on the highest setting, you'll get three hours of life from the rechargeable battery.

Get your H2 Belt Light now from the Boing Boing shop for a full 25% off the retail price.