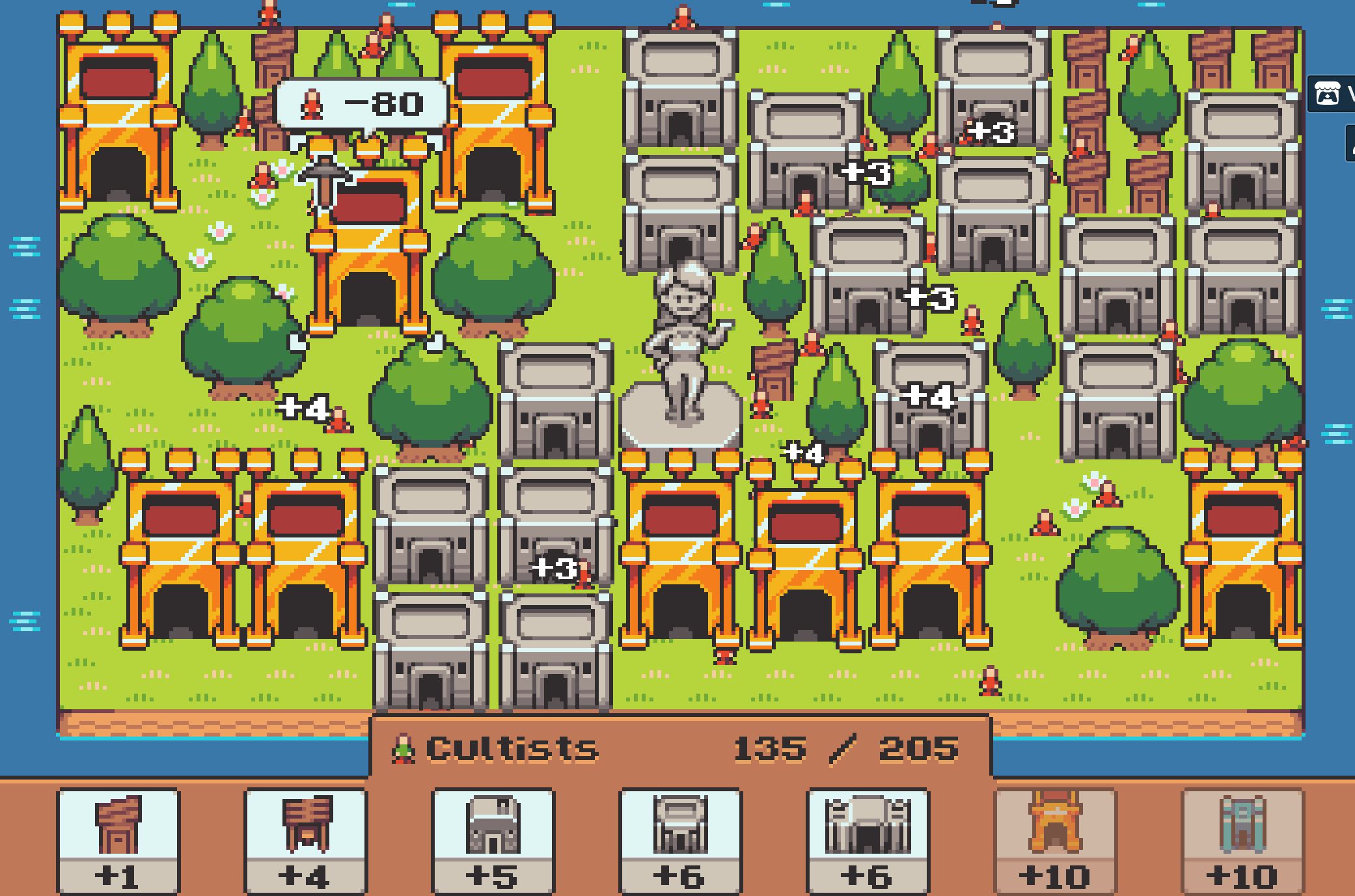 Idle Idol, by Daniel Moreno, casts you as a huge immobile statue in the middle of an island. You will attract followers, but if the island gets overpopulated and things run amok, they'll destroy you in the chaos. Better give them something to die for, then.

Idle Idol is a clicker (sort-of) and resource management game about a goddess and her followers. Building temples or destroying obstacles will cost you some followers, but the temples will generate more over time. Manage your limited space around the statue to place temples.

By the end, you'll be furiously bouncing from that last icon on the right to empty spots on the lawn and back again: it's not a game for RSI sufferers!