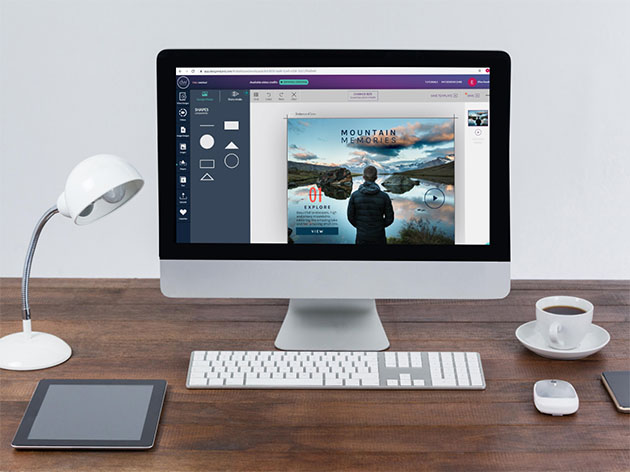 You no longer need to invest vast quantities of your time and money in order to take advantage of everything that graphic design can do for your brand or business.

Design Wizard Pro allows you to quickly create pro-level image designs in minutes, and a lifetime subscription is currently available for over 90% off its usual price.

Featuring more than 30,000 professionally-designed templates that span multiple genres and styles, this subscription grants you unlimited access to a massive trove of design elements that can be used for marketing in any environment.

You’ll have access to 1.2 million curated individual images, along with 120 free fonts and a wide variety of color palettes—all within a streamlined and intuitive platform that makes it easy to find what you’re looking for.

It’s also easy to integrate with third-party platforms like Intercom, HubSpot, and Buffer.

Spruce up your marketing campaigns with a lifetime subscription to Design Wizard Pro for just $39.