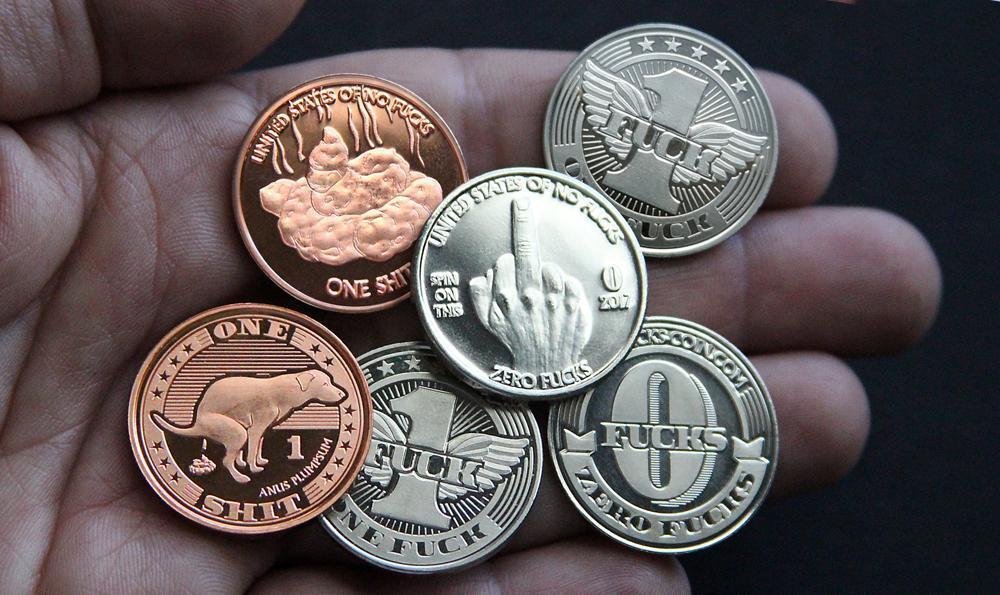 For when you have no fucks to give, give (these surprisingly well executed) Zero Fucks Given coins.

This crazy world is filled with dumb-asses and assholes, and we believe we are greatly outnumbered by them, so we invented/created Zero Fucks Coins as a way to arm the citizens of earth with a way offend and defend themselves from these jackasses. If a picture is worth 1,000 words, then handing out one of these coins is surely worth zero fucks.

coins / no fucks given / zero fucks

I’m no coin collector but I’m certainly hoping to get this great new quarter, which depicts the fruit bats of the National Park in American Samoa, as change sometime this year. CoinNews.net: Designer: Richard Masters Sculptor-Engraver: Phebe Hemphill Mr. Masters’ design depicts a Samoan Fruit Bat mother hanging in a tree with her pup evoking […]