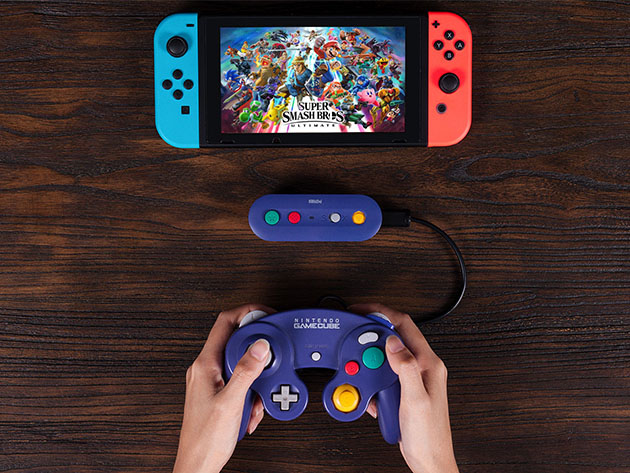 The Nintendo Switch is an undeniably awesome gadget, pairing old-school gaming styles with modern-day graphics and functionality for a new generation of gamers.

The only complaint people seem to have is that its controllers are somewhat lacking, which is why more and more Switch-enthusiasts are picking up this Gbros. Wireless Adapter that lets you play with your go-to, original wired controllers instead.

Perfectly compatible with controllers for Gamecube, NES, SNES, and SFC, this adapter will bring a new level of familiarity to your games by allowing you to take advantage of your favorite controllers while you play your Switch.

Simply connect the adapter via Bluetooth and you’ll be able to play your favorite games at a distance of up to 33 feet.

This adapter supports both Switch and X-inputs with Windows, and you’ll be able to press and hold L+R+A+B+START in order to swap your button-mapping options between GameCube and Switch Pro.

Start playing Nintendo Switch with your favorite controllers. This Gbros. Wireless Adapter is available for 25% off at just $14.99.