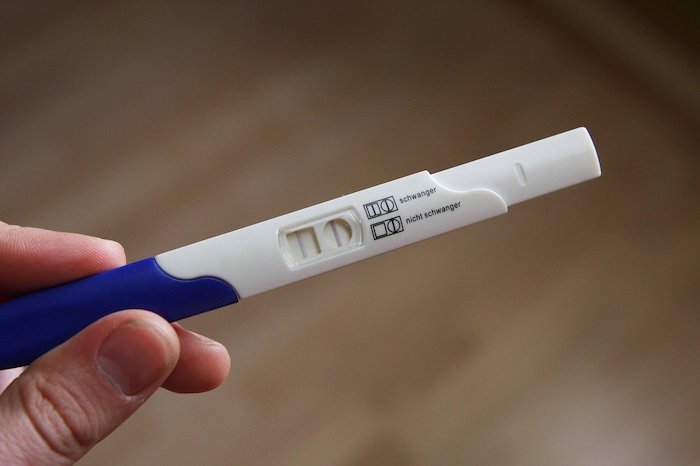 A 25-year-old Japanese woman was about to board a flight from Hong Kong to Saipan when a staff member of Hong Kong Express airlines said she would have to take a pregnancy test, reports Oddity Central. The woman had indicated on a check-in questionnaire that she was not pregnant, but the staff member didn't believe her and told her that she couldn't fly without proving she wasn't pregnant. She took the test and was found to be not pregnant.

Saipan is a United States Territory and U.S. officials are concerned about birth tourism. According to U.S. law, babies born in the United States automatically become U.S. citizens.

The island of Saipan has apparently become a popular destination for foreign women to give birth in, since under US law any child born on one of its territories is automatically granted American citizenship.

Hong Kong Express Airways specified that Midori Nishida’s pregnancy test was meant “to help ensure US immigration laws were not being undermined”. The airline has since apologized and suspended the practice of forcing women to take pregnancy tests.

CDC data suggest <<<10k "birth tourists" per year across the entire US.

Image by Julia Fiedler from Pixabay

Today on “Every Single Expectation of Gradual Fascist Action Under the Trump Administration Has Continued Coming True:” The Department of Justice today announced the creation of a section dedicated to investigating and litigating revocation of naturalization.  The Denaturalization Section will join the existing sections within the Civil Division’s Office of Immigration Litigation—the District Court Section […]

How to buy a second citizenship

Here’s a woman who explained how she obtained a second citizenship.

They served in the Army, Border Patrol and as police. They have legitimate U.S. birth certificates. But Trump’s government is denying their passport applications and telling them they aren’t U.S. citizens.