This unique espresso maker belongs in every coffee-lover's kitchen 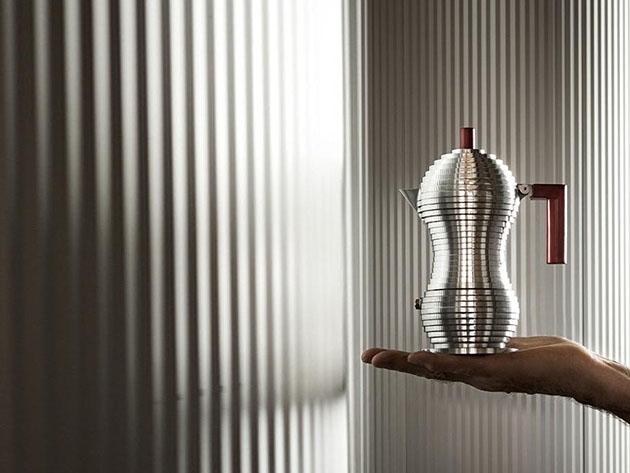 The morning coffee routine is a wonderful thing—offering ambitious people a chance to rid themselves of sleepiness and fatigue so they can confront the day’s challenges head-on. But if you’re looking to add some style to what’s probably by now a drab and somewhat boring caffeine routine, check out this Alessi Pulcina 3-Cup Espresso Maker, which delivers a perfect brew in a supremely sleek package.

Ideal for lovers of coffee and great architecture, this espresso maker will put some pep in your step and some modern style in your kitchen.

Crafted by the renowned architect Michele De Lucchi, this high-performance coffee maker is designed to stop dispensing your morning brew just before the coffee begins to develop that bitter aftertaste—allowing you to enjoy every sip at your own pace.

Its unique V-shape makes for a perfect addition to the home of any lover of great design, and you’ll be able to make and serve up to three cups at once.

Add some style to your coffee routine every day with this Alessi Pulcina 3-Cup Espresso Maker for just $49.99—over 55% off MSRP today.