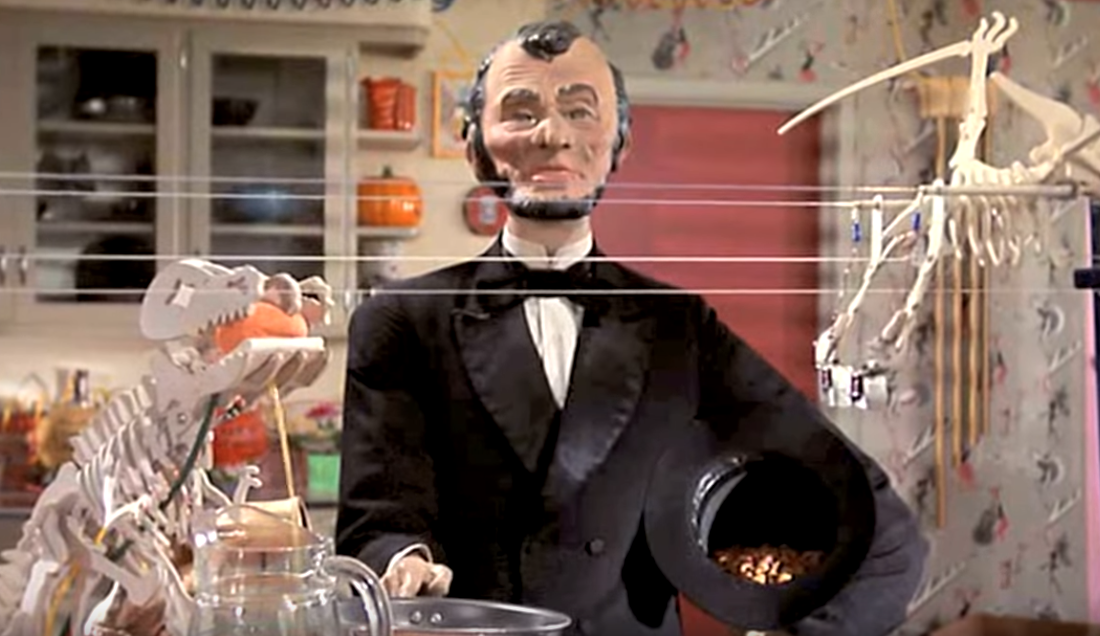 And while it's not a "breakfast" machine, it is definitely worth noting Charlie Chaplin's "Eating Machine" from his 1936 film, Modern Times:

Are there more? Which ones did I miss?

But will it make breakfast? The fun starts at the 1:47 mark. (Pee-wee Herman, Geekologie) screenshot via YouTube

“Humans have massage chairs so why shouldn’t our pets have petting machines. I gave it a Rube Goldberg style flare to make it interesting to watch.”