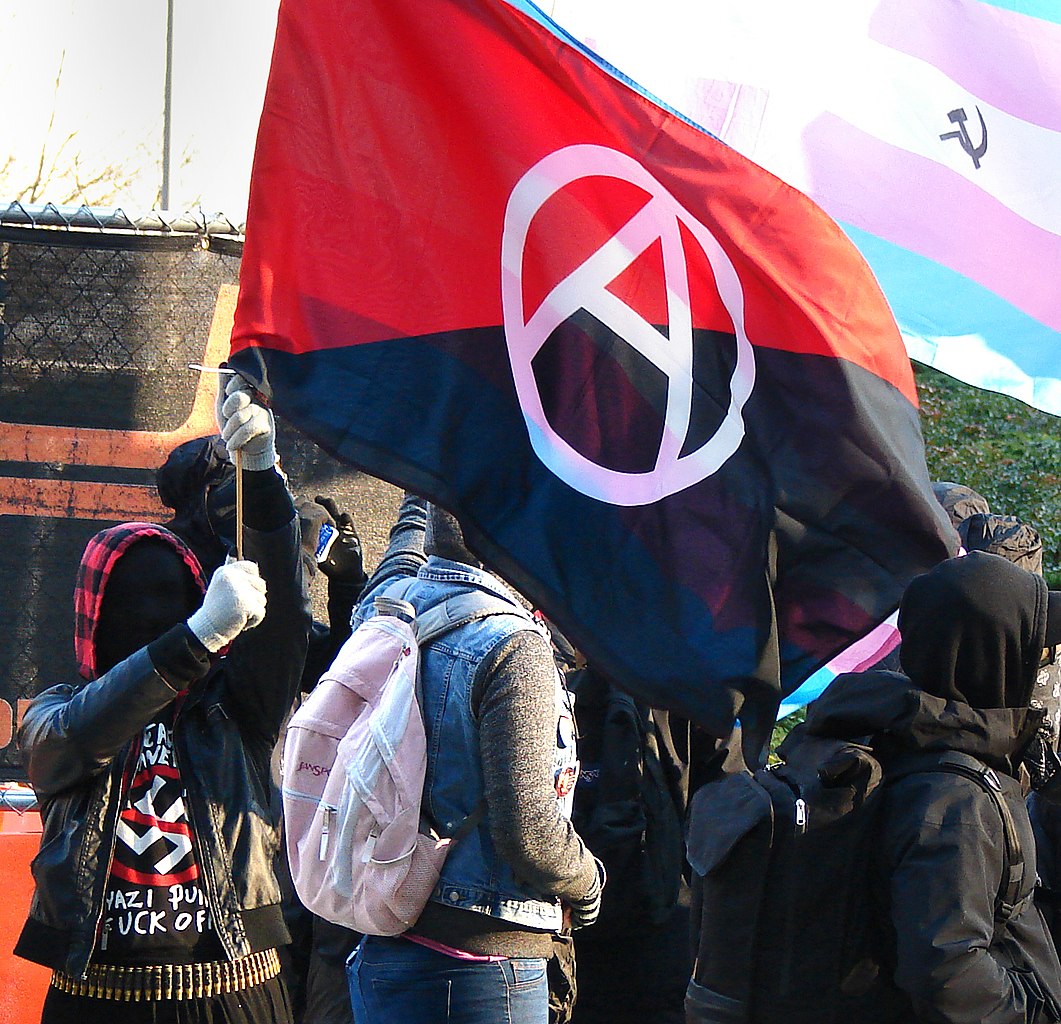 Remember back in 2017, when the entire Right Wing Propaganda Machine suddenly decided that Antifa — literally just some loose affiliations of scrappy anarchists in black bloc attire — were the single greatest threat that humanity had ever faced? (And were also somehow being funded by Hillary Clinton and the DNC and George Soros even though they're anarchists and not liberals?)

One such event, which threw the National Review into a tizzy, involved the Cedar Creek Battlefield Foundation, which had to cancel its annual re-enactment of the Battle of Cedar Creek for fear of violent attacks by "lib-terrorists" in balaclavas who are somehow also snowflakes. The group received a letter, in an envelope marked with a red-and-black flag, saying:

You need to cancel your coming up celebration of the Civil War on October 13, 14, 15, 2017…Many of us have dogs, so will bring dog feces to throw on people! We will also throw cups of human urine! We might resort to actually firing guns into the camps and at the re-enactors! We will put poison in the water, we will use noise to disrupt the battles and sleep! These events must stop! Our local organizer tells us he is ready to go! You have been warned, now if it is not called off, we will destroy you! You have less than 1 month to issue a cancellation notice, do it asap!

Then, during the actual event, an unexploded pipebomb was found on the premises — further proof of the Intolerant Left and their evil agenda.

Except three years later, it turns out it had nothing to do with Antifa or George Soros at all. From Quartz:

A search warrant application seeking phone records for Gerald Leonard Drake, a former volunteer at the nonprofit Cedar Creek Battlefield Foundation in Middletown, Virginia, was unsealed today in federal court. The filing lays out evidence that Drake, a 61-year-old registered sex offender who has spent time in prison, sent the letters to exact revenge on Cedar Creek after it kicked him out of his unit. The document does not say which side Drake fought for during the reenactments, but email addresses for Drake listed in public records include variations on the word “confederate.”

Antifa became an easy scapegoat for a lot of right-wing fearmongers, largely due to the inherent anonymity of black bloc tactics. The lack of hierarchy, structure, membership, or any other kind of organizational management that are built into these methods make it easy for anyone to wear black clothes and claim affiliation. It doesn't matter that there are many on the Left who disagree with these tactics; radical GOP congressmen could still treat them like a deadly looming spectre, regardless of the glaring lack of evidence to support their claims. (See also: the frequent nonsense skirmishes in Portland)

At least the National Review has updated their original post to admit they got it wrong.

On Sunday, May 31st, 2020, President Donald Trump tweeted that Antifa would be officially designated as a terrorist organization by the US government. A message from the President: pic.twitter.com/BtDdfGL2nO — Real Press Sec Bot (@RealPressSecBot) May 31, 2020 Despite his position in the highest seat of national power, Trump’s tweets are (fortunately) not legally-binding. And […]